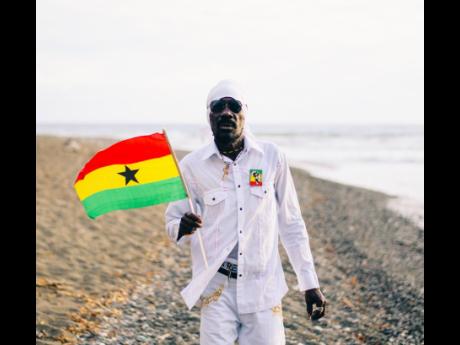 "The track is about being a real, true Rasta in everything that you do. Anything you do must be authentic," the artiste explained. Since its release, the reviews have been favourable.

"The feedback for this song has been great, so far. I'm getting nice comments on Facebook, Instagram and Twitter, so I'm expecting it to go far," he said. The song will soon be complemented by a music video, which is being done by King N8tion.

"The team I'm working with, they've done everything for the video, filming, editing, all of that is done already. So it should be out on the street by the end of the month," the artiste revealed.

Hailing from Seven Miles in Bull Bay, St Andrew, Black A Lion is an artiste who has been in music from as far back as the 90s. However, after many years of hard work, honing his craft and fine-tuning his sound, he has finally released his first single.

"As an artiste, I wanted to do Rasta music that's catchy, true Rasta tunes that everyone near and far can sing," he said.