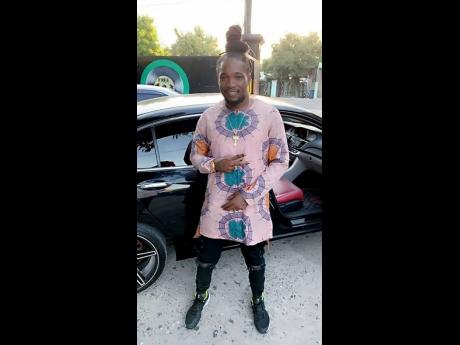 "I am pleased about the progress of my career. Things are looking very good right now. Freedom Street is getting a lot of airplay both locally and overseas. The video was released in May. I'm getting a lot of positive feedback about it. My team and I are putting some heavy promotion behind the video to keep the momentum going with the single," said the artiste.

The video, which features a cameo appearance by iconic dancehall artiste Shabba Ranks, was shot and directed by Wayne Benjamin of Fabrikated ProjeX.

"Shabba Ranks is one of the greatest icons in dancehall music. His appearance in the video is a big thing. I have to thank him for giving me such a huge endorsement. We go way back. Shabba Ranks was the first person to put a microphone in my hand when I was a little boy. He's my musical father, always giving me a word of guidance and encouragement. I am extremely grateful for his support," said R.Embassida.

The Rastafarian singjay added, "I've been doing some serious work in the studios, so I have a lot of new songs to release. I'm not easing up; I plan to drop a lot of singles this year. I might even drop an album too."