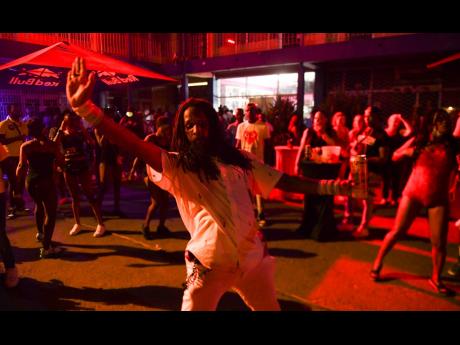 Patrons enjoying themselves at Uptown Mondays. 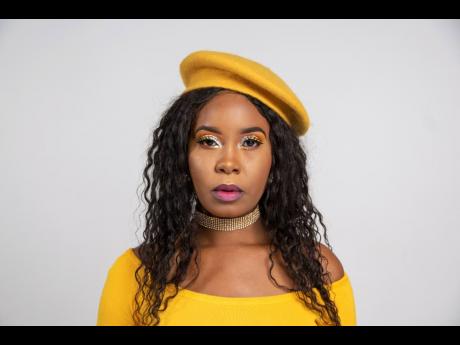 When on-the-rise dancehall and soca artiste Sita (Di Lyrical Diva) visited Jamaica for the first time, she did so with much trepidation, all because of a myth that had been perpetrated.

"In my country, St Vincent and the Grenadines (SVG) and in other Caribbean islands, we are told that Jamaicans are hostile and that Jamaican producers are not interested in us. I was even warned that I could be kidnapped at the airport. That is ingrained is us," Sita told THE WEEKEND STAR.

She is laughing now at what was then considered "a big risk" for her to take when she came to the island in 2017 to shoot a music video for a song, Inna D Video, which was on Demarco's Tropical Punch rhythm which also featured Spice, I-Octane and Vybz Kartel.

"I had met Demarco at a concert in St Lucia and he was impressed after seeing me perform. We kept the touch and he sent me a rhythm, and I recorded my song in St Vincent and decided to come to the home of dancehall to do my video. The truth is that when I came to Jamaica, it was a great experience," the entertainer recalled.

She shared how uncertain she was when recording in Jamaica for the first time and waiting to go last, so that the other artistes, hopefully, wouldn't stick around to listen and criticise.

"But they were all respectful and told me that they thought I was talented. Of course, when I returned to St Vincent I told everyone about my experience and that gave more artistes in my country the courage to visit Jamaica and seek out Jamaican producers," Sita said.

Sita, who has been doing music professionally for 14 years, said she got an idea about her future role while in grade 10 at St Joseph's College. She was required to do a presentation on unemployment and incorporated Beenie Man's song, Girl's Prayer. "The teacher had been sitting down looking bored but when he heard my presentation, he jumped up out of his chair all excited," she recalled.

Now known as the First Lady of SVG, Sita, whose risque, high energy stage performances are well received, gained recognition with a song titled Kitchen Dunce. She has since attracted the attention of producer Ricky Bless (responsible for QQ's Billboard hit One Drop and Mavado's Gal Ova Gun) and they collaborated in 2017 on the song, Handle It.

She even performed with Bounty Killer when he visited SVG. "I was so excited when he called me to come on-stage with him that I forgot my mic!" Sita shared with a laugh, calling the moment one of her most memorable ones.

The year 2018 saw Sita venturing back into soca with the song Hammer, which took her to the finals of the International Bashment Soca Monarch in Barbados. Her latest track is titled Fake Friends, and she also threw her hat in the production ring with the Style and Flow rhythm featuring Vincentian artistes. Sita is now managed by a Jamaican outfit, Arbic Entertainment.