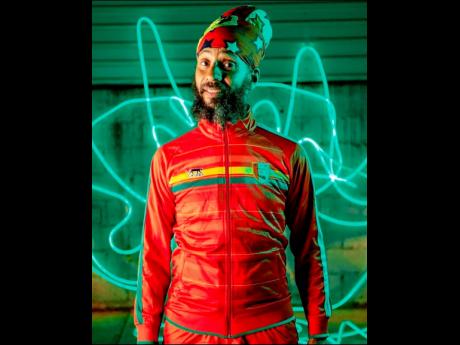 The song, which the title translates to 'Selecta don't stop the music' in English, is scheduled for release on October 22 via Donsome Records.

"After working with Negra Li, Junior Dread and Marina Peralta out of Brazil, I found it easier to work with South American artistes, plus I'm always looking to produce artistes outside of Jamaica. I shared my intentions with Damion 'M3' Brown, and he suggested that I consider working with Fidel Nadal," Hanson explained. "Right now I have an engineer who is based in Colombia and we are working on projects with artistes from all over South America. So, I really hope to see some success in the Spanish market."

Fidel Nadal is an Afro-Argentinian reggae musician, songwriter and pioneer of Argentine reggae and the underground punk/hardcore movement of that country. In 2011, he received two Latin Grammy nominations for Best Alternative Album ( Forever Together) and Best Alternative Song ( Te Robaste Mi Corazon).

Fidel Nadal explained that he linked up with Hanson on Instagram. The artiste has previously worked with Jamaican producers including Tony 'CD' Kelly, Bobby Digital, and Caveman Studio. Fidel Nadal, who is from Argentina's capital Buenos Aires, shared how his love for reggae music developed.

"The first time I listen to reggae, I felt that it was my music. I started listening to people like Bob Marley and Peter Tosh and later on, I listened the old-school deejays like Dillinger, Trinity, Jah Stitch, Ranking Junior, U Roy and Peter Metro," he said. The video for Selecta No Pare la Musica was recently shot in Costa Rica and is expected to be released shortly.