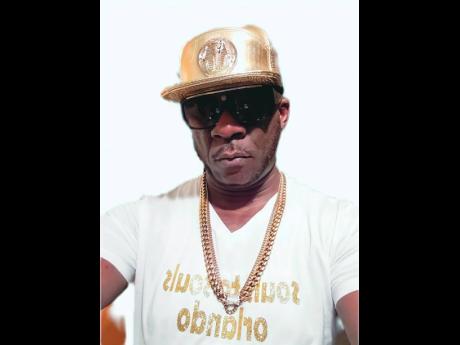 Dancehall artiste Notorious JA is upbeat as he promotes his new single, titled Back It Up Gyal.

The song, produced by him for his Victorious Music Production label, was released on Thursday. The Clarendon-born deejay is confident that the single will be a hit.

"I'm very excited about my new single; I've been doing a lot of promotion, and the feedback that I am getting is very positive. Everywhere I go, people are telling me they like it. I believe that it's going to be a hit," Notorious JA said.

The artiste is currently working on his debut album, which is slated to be released on December 31. The 12-track album will feature songs such as They Can't Stop Me, Let's Go, Youths Nah Tek Nuh Talk and Chatty Mouth.

"I'm not rushing the process. The album is almost completed, we just have a few more songs to record. Everything is coming together nicely. All 12 songs are songs that people from all walks of life can enjoy," he said.

Notorious JA, given name Leon Williams, was born and raised in Race Track, May Pen, Clarendon. He launched his recording career in the late 1990s with a single titled Sampson on the Million Dollar Family label.