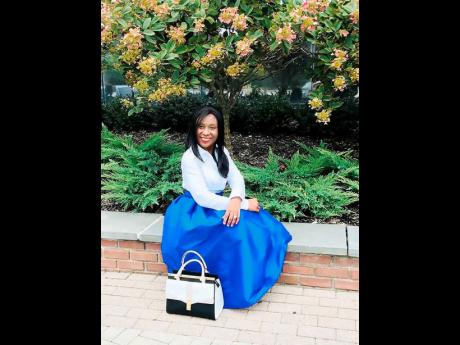 Gospel singer Samantha Gardner has high hopes for two of her latest singles, Comfort in the Midst of my Pain and Cry No More.

Gardner said the tracks were inspired by her own personal experiences.

"I was going through some really tough times, which included my recovery from a gunshot wound to my head, and I chose to encourage myself through these songs with the hope that others who are going through challenging times will be inspired as well," she said.

The entertainer said she is still counting her blessings after she was shot while sleeping in her apartment in Orlando, Florida, on September 6, 2019.

She said the incident was just one of several encounters that she has had to endure.

"While I was living in Jamaica, someone broke into my house, held a knife to my throat and tried to rape me. But, once again, I prayed silently although I was scared, and he walked out the door. Doctors told me that I could never have a child because of a medical condition and I now have a son who is two years old. So I know that God is just using me to let persons know that He is real and he does perform miracles," she said.

The singer said that she is hoping that the tracks will attract the attention of promoters worldwide as she tries to point others to Christ through her performances.

"These songs are not only words but are designed to encourage people in such a time as this when persons are faced with a lot of issues such as the pandemic. Also, I am hoping that the tracks will go on Billboard and become two of those timeless gospel tracks," said Gardner, who continues to promote her other tracks such as Comprehensive Blood Coverage and God Turn it Around for my Good.

The Clarendon-born singer, who hails from Crawle River district, became passionate about singing while attending a Baptist church in the community. She currently calls the United States of America home.