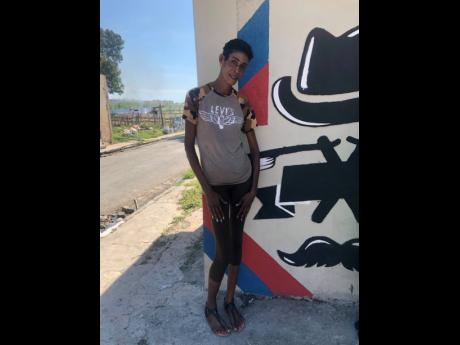 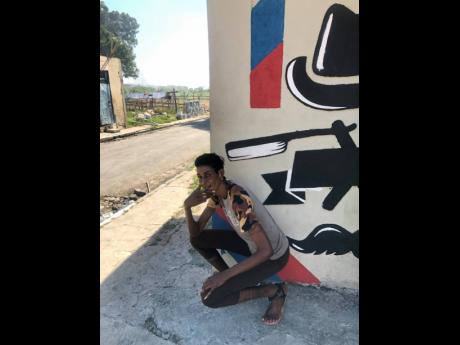 Everyone looks up to Barbara Di Barbee, literally!

At 6' 6", she gained popularity on social media in 2017 after dancehall artiste Pamputtae posted a video of her that went viral. Persons were not only captivated by her height, but her warm and jovial personality. As she tries to make a comeback on social media after an almost two-year hiatus, she says her greatest wish is to attend the Edna Manly College of the Visual and Performing Arts.

Currently featured on the Instagram series Balla, Barbara Di Barbee says she is hoping to get a massive breakthrough in the entertainment industry, so that she can assist the less fortunate in her Jones Town, St Andrew community.

"A nuff likkle pickney like mi, eno. Mi wah know say mi a achieve and other people can eat a food, because mi just love poor people and kids. Mi would wa go Edna Manley go make mi acting skills more serious, but mi really can't afford it now," she said. The mother of three says although she is 50, she will not give up on her dreams, adding that her personality and height will take her places.

"From mi small and grow up, a just mi dis. Mi have a little vibes to mi, and mi just born gifted with a little sexy body with tall hair, although mi cut if off now. Mi have straight nose, dreamy eyes and kissable lips, and a little petite body. More time mi go pon di road and people just bawl out and say, 'She tall and good looking, eh'. Mi nice, suh mi know mi a go make it inna life," she said.

After 'bussing' in 2017, Barbara Di Barbee switched management teams because of a fallout between herself and Pamputtae. She later became a part of LASCO's campaign for their brand of iCool water. She got other endorsements, and was paid by some promoters to host parties and other entertainment events.

"As mi say mi born gifted and full a vibes, but sometimes mi just get up with a vibes and mi tell mi self say mi na go do nutten fi a week, so mi just bill," she said. "Sometimes mi get all a $7,000 a show, because mi nah kill anybody [with her asking price]. But now, time rough suh mi nah get anything much."

As she dances and gyrates to Jada Kingdom and Skillibeng's hit, It a Shake, she is cheered on by dozens of supporters. Several motorists slowed down to get a glimpse of 'the Barbee', much to her delight.

"Mi just love make people happy. Even if yuh get up in a bad mood and come around mi, mi a go make you smile. Mi live fi dem tings deh ya man," she said.