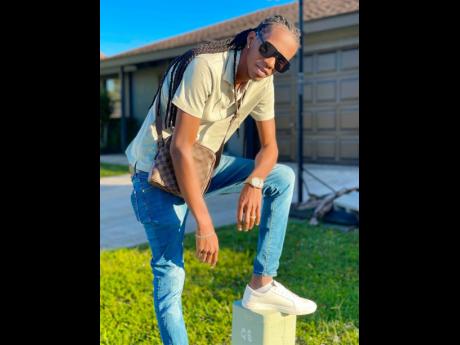 Talented dancehall producer Junior Stevens, who goes by the moniker 'Chambah', believes that as trap dancehall continues to evolve, the genre will attract more international attention and support.

"Our music has been this way from over the years... topics of violence and chapping. It's just different artistes saying the same thing on trap dancehall beats. Being a creative producer, I listen all types of music, so I jus think the trap dancehall artistes jus need to mix it up with some conscious music, too," he said.

Chambah is one of the CEOs of Silverbirds Records, and he has carved out a reputation in the industry for his ability to produce music that is a delightful mash up of dancehall, reggae, and pop. He pushes the boundaries of traditional dancehall and is known to make music incorporating non-traditional sounds.

"I make riddims from BMW car sounds, kitchen sounds, baby nursery... anything to make it distinctive," he said. Chambah also manages the Silverbirds Steel Orchestra, one of the best steel bands in the Caribbean. Over the past few years, he has produced songs for artistes such as Silk Boss, Bounty Killer and Shatta Wale. His most popular project is Come Over, featuring Gyptian and Tommy Lee Sparta, which was released in 2017.

Chambah grew up in Manchester, where he attended the Christiana High School. He had a musical background because of his upbringing in church.

"I used to play bass guitar in church and steel drums in school then I moved to Kingston. That's when I realised that I can create music for myself," he said.

After graduating, he began to spend hours in the studio making beats. He released his first project, Sex Slave, featuring Kalado in 2016.