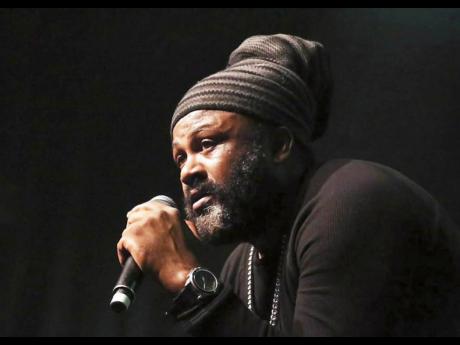 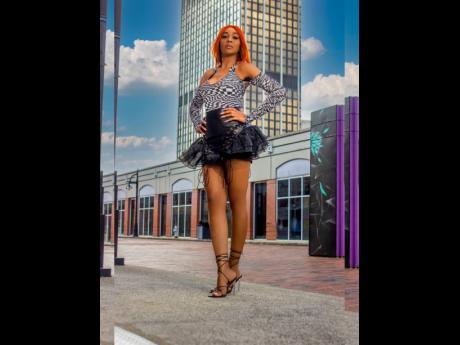 Despite receiving flak in 2021 for raunchy dancehall songs, entertainer Fantan Mojah has done another sexy track, a collaboration with Exposed singjay D'Angel.

Co-produced by Fantan Mojah and Brilly Records, the track, titled Sit Pon It, leaves little to the imagination.

"A one a dem songs deh wid dah vibes deh; a one a dem love songs deh," Fantan Mojah told THE WEEKEND STAR. "It have a slow thing to it and a dancehall thing. It have a mood, a in-between mood." The pair recently staged a steamy performance at a Boom Box session. Fantan Mojah said the two have been long-time friends.

"She always waan do a song with me and we link up all the while," he shared. "D'Angel come in like one of my sisters inna music; she never left me out even when the amount of attack wah day with mi dancehall song. If you notice, a Angel, Pamputtae, Lady G and all of the woman dem a defend because mi nuh do nothing wrong."

He said a music video is in the works for Sit Pon It, and remains open where his expectations are concerned.

"It's a nice song," he said. "I know the people are gonna love it so me cya tell yuh seh it a go do this or that. Some songs creep and others buss in a bang, so we just a watch because music is music. Nuff a di music weh Jamaica don't tek on to, other parts of the world tek on to them cause mi have several number ones out inna the world weh Jamaica don't know of."

The Bobo Shanti member turned heads and ruffled some feathers last year because of his raunchy tracks Fire King and Touch That Body. The tunes are a stark contrast to his reggae catalogue bearing tunes like Hail the King, Hungry and Stronger. He has no intentions of slowing down his dancehall recordings, adding that he started his career singing dancehall music.

"We never really buss (with that) and we come buss pon the other side which is reggae music but a still dancehall same way. It's still the culture of the music whether you do reggae music or dancehall. You still have to keep it under a way where people can hold a vibes and dance to it." he said.