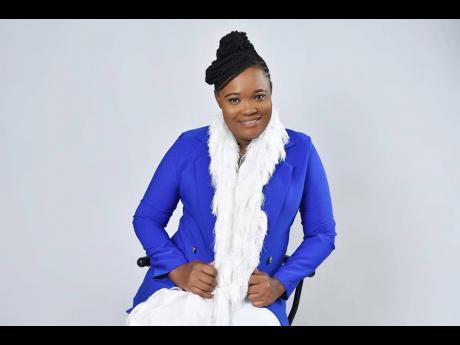 Treisha Williams, the 2020 Jamaica Gospel Song winner, is moving forward into 2022 with a song which she says listeners can use as their theme for the entire year.

Titled Forward, it is produced by Paul 'Katalys Crew' Barclay, and will be released by the end of February. Williams is also working on her debut EP, as yet untitled, and she couldn't be more ecstatic.

" Forward is that song which helps to build a positive mindset, which is needed now more than ever. We had originally targeted a January release date, but it had to be pushed back. I am also working on other singles from the EP which we will release in the coming month. I am so excited that my EP will be out, hopefully, in September," Williams shared with THE WEEKEND STAR.

Williams has been on a roll recently, as it was in December that she dropped a Christmas-themed single, Born to Save Us. She hopes that the song, in which she shows off not only her singing, but also her deejaying skills, will become a Christmas staple. She took the time to express her gratitude to those who have helped her along the way.

"I am so grateful to all the persons who have supported me so far on my journey, especially Mr Barclay and the JCDC [Jamaica Cultural Development Commission] team. This album reflects my love for Christ and also soothes, inspires and uplifts anyone who listens," the One Dose of the Holy Ghost singer said.

A 19-year veteran in education, Williams is totally dedicated to teaching and does it fulltime along with her gospel ministry. She said that she was not surprised at winning the gospel contest.

"Some people might skin up their noses when I say this, but I was confident of winning. I believe in affirmations and kept saying 'I am the 2020 winner of the Jamaica Gospel Song competition'. There is something called word power. I have this belief that I am here to do great things, not mediocre. I am the first person in my family to attend a traditional high school and the first to attend university. I graduated with first class honours. Even during the competition, I was going through a number of adversities, but once you have faith in God, all you have to do is believe," Williams said.