It’s a ‘Boom’ summer for Pamputtae 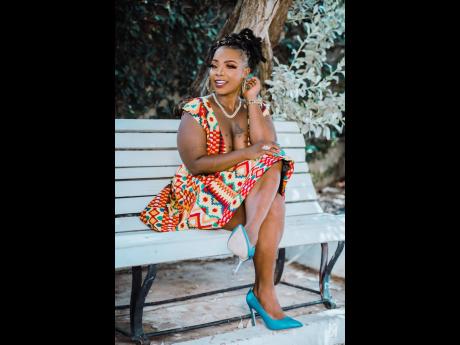 Dancehall artiste Pamputtae is claiming the summer with her new single Boom, which is her answer to women complaining about doing more rifle walking than wining at parties lately.

"Di woman dem a cuss seh dem waan song fi dance to and wine to. A pure badman song a play and dem cya get fi wine, so right now a dem we cater fah," Pamputtae told THE WEEKEND STAR.

Teaming up with her longtime collaborator Esco, Pamputtae is in her raunchy bag on the song, even sampling lyrics from her popular single Ride It. A standout of the 'Gyal Up' rhythm production is also its soca flavour, just in time for the current revelling season. But is also oozes the high energy of the summer's party atmosphere.

"It a go run the road cause the people dem a catch on to it and the response is so good," she said. "When yuh go pon TikTok and you see people start follow it and a do it and a dance to it, you know a boom. It a boom down the summer, it a go boom down the Christmas and boom down the rest a year."

Pamputtae, whose given name is Eveana Henry, got her big break with the racy number It Good in 2008, though she has since diversified her catalogue with songs like Single Mother (2018) and God and Time featuring Taneisha Shaw, which was released this year. Yet, the singjay acknowledged that a part of Boom's appeal is its similarity to her earlier work.

"You know every girl waan boom and gwaan wid themselves so basically the response is really great. Dem a seh 'Pamputtae, we love how you come out. A dah Pamputtae here we waan. Weh dah Pamputtae here did deh?'. But the thing about it is a nuff a dem song deh mi have," she said.

She referenced another single titled Bedroom Bacchanal which was released in 2018 which marries soca and her racy signature.