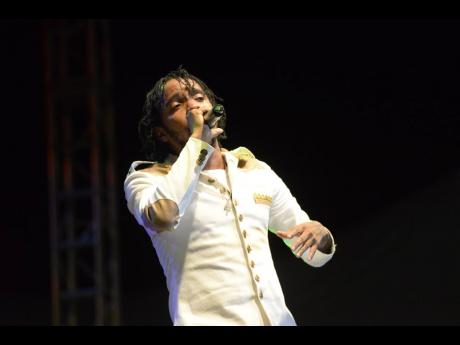 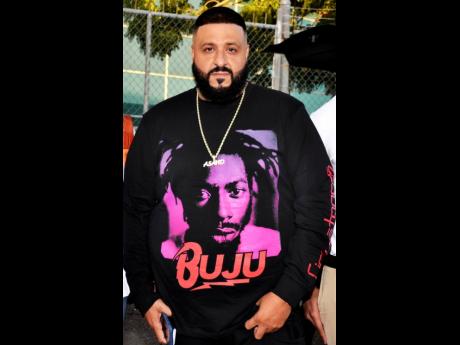 Dancehall artiste Shane O is reaping praises from rappers including Offset and Busta Rhymes thanks to a now-viral video posted by DJ Khaled on Tuesday.

In the video, DJ Khaled, who has been in Jamaica over the last few days, interacts with Shane O from a vehicle while playing the deejay's song Dark Room. As Shane O sings along, DJ Khaled shows his approval with occasional comments like "fire" and "they ain't believe in us; God did".

The post has been seen more than 400,000 times, an endorsement which Shane O said has given the four-month old track a big push.

"[Promoter] Feel Good Boss is the one who said we should go and see Khaled up by Tracks and Records and me just tek the time out and see waa gwaan and if mi can get the song out there," he told THE WEEKEND STAR. "Since the song has been out, likkle blind eye did a pay to it but it a get a likkle run inna the road like various dances including Uptown Mondays. It's been a hell of a road but him come shine likkle light on it by doing the viral video with me."

Produced by HR Records and SOR Records, Dark Room captures the slows and stills of life which can imbue hopelessness. The KD Visuals-directed music video has more than one million views on YouTube, but Shane O said he knew the song would be a creeper.

"Dem kind of songs here nuh buss inna one or two weeks. Dem tek a little time and mi see it a manifest now so mi give thanks," he said.

Shane O will be dropping a remix of the single with Chronic Law sometime next month, a music video for which has already been filmed by Dream Life Image.

"Chronic Law a definitely one of mi artistes cause him song dem kinda remind me of my songs," Shane O said. "Mi been post it [ Dark Room] pon Instagram and him give me a strength by pressing the like button, so mi seh like how a my artiste, mi a go connect up with him and mi greet him with the strength same time, send him the rhythm with fi him space and him turn it around in less than two hours. We have to give thanks for that too," he said.

He hopes the remix will "dominate the place" and resonate with all audiences. "Mi hope everybody love and appreciate the lyrics inna it cause trust me, him go hard," said Shane O.