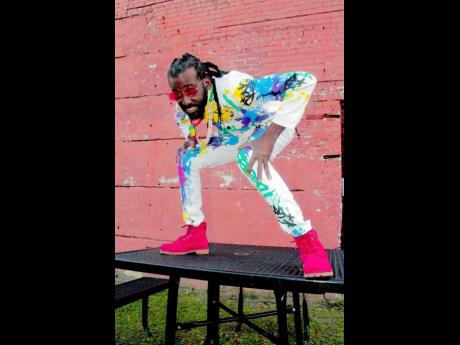 Veteran deejay Joseph Stepper believes that dancehall artistes from the '80s and '90s still have a lot to offer the music industry.

"There's a tendency to label '80s and '90s dancehall artistes as 'old' artistes and I think it's very disrespectful. We deserve more respect than that because we laid the foundation for the youths who are out there doing their thing now. We did all the hard work to make dancehall music popular internationally," he said.

"A lot of us don't get booked for shows in Jamaica any more but some of us are still performing in the US, Europe, England, and other parts of the world. Deejays and singers from the '80s and '90s still have a lot to offer. Don't count us out, we are still doing our thing. We're still active and our songs are still being played all over the world," he added.

Joseph Stepper opined that the '90s was the golden era of dancehall music and "the most prolific time in the history of Jamaican music".

"Every day you hear a new hit song. It was just a different kind of vibe and there was more love and unity in the business back then. I would love to see this new generation of dancehall artistes take a page out of our book and take the music to even greater heights," he said.

The easy-going deejay, who now lives in the US, recently recorded a cover of his hit single titled, Wife, which was released on the Colin Fat label in 1992. The new version, which is titled Still Wife, features D Fancey and was released By Brit Lake Records on July 8.

" Wife is one of the iconic songs in dancehall music. It was recorded 30 years ago and it's still a party favourite all over the world. I'm confident that this new version of the song will also make a big impact anywhere in the world where dancehall music is played," said Joseph Stepper.

He hails from the Birdsucker area of Barbican in St Andrew. He scored his first major hit with Wife but had other songs including Bumpa, Wanted List and Wine.