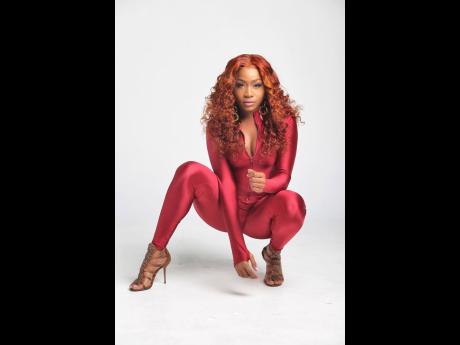 Recording artiste Shav A is reaching out to her fellow ladies in her forthcoming single, Fire Woman.

"This song is about a strong woman who never backs down from a challenge, and who pushes through despite her obstacles,"the up-and-coming singer said.

She said that in creating the song, she reflected on her own life and musical journey, as well as some of the struggles she overcame to achieve her goals.

"The foundation of the song was influenced by many morally upright, strong women, to include my mother and grandmother. As an advocate for the respect, equality and empowerment of women, I wanted to write something uplifting and empowering as women face many challenges in life," she elaborated.

Leading up to the song's release, Shav A's hope is for the song to resonate with other women from all walks of life.

"My hope for Fire Woman is to create a positive impact on women or anyone who is not motivated or strong enough to challenge life. This song is dedicated to all women who are going through their own struggles, and to let them know that you are not alone, but with perseverance and faith you can triumph over all with your burning fire," she expressed.

Originally starting out as a backup singer, Shav A pursued her own solo journey about seven years ago.

"I would describe my musical style as diverse. I like to show my versatility, so I try to incorporate a little bit of every genre with my reggae style," she stated.

She has released songs such as Missing You, I Need You, Father and Run Down The World.