Sizzla to blaze a fire at Good Times 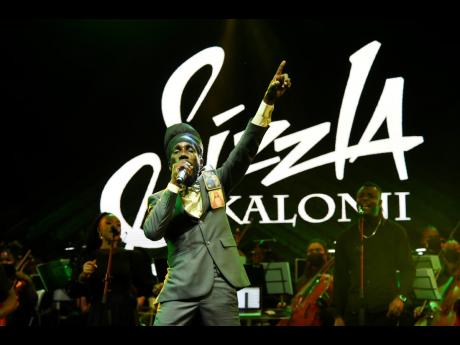 The blazing-hot Sizzla Kalonji is set to entertain patrons at this Saturday's staging of Good Times.

The '90s-themed award-winning retro party is making a return to its usual venue, Mas Camp in Kingston.

Sizzla Kalonji exploded on to the music scene in the 1990s. With hits, such as Praise Ye Jah, released in 1996, he has charted an immensely successful career registering multiple hits and awards.

The event has lined up some of the best DJs to bring the soulful '90s retro vibe to the event. The DJ line-up features top selectors, such as DJ Delano and DJ Jazzy of the Renaissance, as well as DJ Liquid of zipping 103 FM.

"Renaissance Disco was formed in 1989 and soon became one of the best sounds of the '90s era. We want our supporters to have a blast in the past, remembering the good times they have had by having a great time in the present," Perrin said.

Rum Bar is the sponsor of the event for which gates open at 8 p.m.

"Good Times has successfully managed to keep the rich authentic Jamaican oldies music alive and we are just happy to be a part of that," said Rum Bar's sponsorship manager, Claudia Laing.