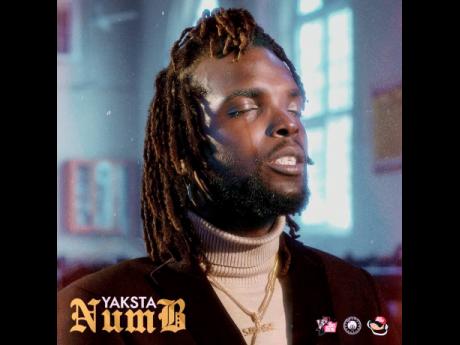 Reggae and dancehall artiste Yaksta says that he is gravely concerned about the savage murders that are taking place in Jamaica. That is why he is releasing a new single, Numb, which specifically highlights the social cost of the savage gunplay that has dominated local headlines.

"I took a decision to release this song earlier [than planned] because my fans have been asking for it, and with the frequent mass shootings, the killings of infants, and the domestic violence, I feel the youths dem need music that is more inspirational. It is like it is always RIP on social media now," Yaksta said.

The single will be released on the AfroBoi Entertainment label on September 23. The track sees the Assets deejay teaming up with Marlon Easy, Afro Boi and Wussmuzikk, the latter being the driving force behind his breakthrough 2021 single Ambition.

A total of 1,108 people have been murdered in Jamaica between January 1 and September 17, statistics obtained from the Jamaica Constabulary Force have revealed. A staggering 50 murders were recorded between September 7 and 17.

"Something dark is plaguing the country, 50 murders in 10 days, come on Jamaica, what is going on? And that is just what is counted, what of those who have gone missing? It is a pandemic within a pandemic," Yaksta said.

Earlier this year, Yaksta was saluted by Prime Minister Andrew Holness for his positive lyrics. Holness, who was making his contribution to the Budget Debate, read the lyrics of his hit song, Ambition.

"These are messages that we must promote as we seek to define who we are as people. There is no success without sacrifice, no wealth without work, we must save and invest today for a better tomorrow," Holness said as Yaksta sat in the gallery at Gordon House.

Yaksta, who is currently working on his debut EP title 22, which will be released in early December, just recently wrapped up his US summer tour, and is looking forward to a series of shows in the fall and winter seasons.

He has confirmed shows such as Sting 2022 in Jamaica, the Amazura club in New York and a major outdoor show at the Sir Vivian Richards stadium in Antigua in December.