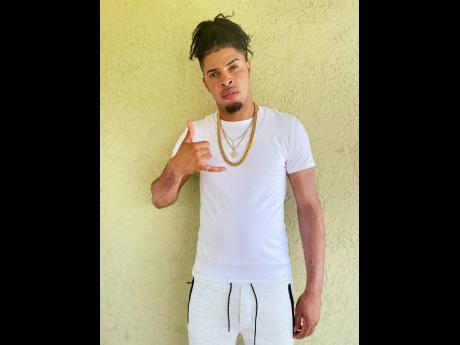 For dancehall artiste D Clubz, the transition from dancer to artiste was an easy one, since he was always actively a part of the performing arts society.

Growing up in the musical community of Seaview Gardens, St Andrew, the entertainer realised his love for the arts, which he began nurturing at a very tender age. The artiste has released several tracks, including his most recent one, Outside, which is a part of Spintzz Boss Records' 'Ochi Breeze' rhythm.

With the traction the single gained upon its release, both parties believed that an official video would effectively aid in the track's growth. The video was shot by Wayne Gayle and released on D Clubz's VEVO channel. The track contains scenes that may be deemed taboo, but D Clubz said that he is merely showcasing what is considered fun for most people in this era.

"The video has been heavily critiqued, but even those who go against the video still enjoy the track and stream it. Overall, Outside is a feel-good song and it's one of those songs that once you hear it, you move and keep moving. I am grateful, because this track has been my most successful track so far, and it's only the lead way for more hit songs," he shared.

While D Clubz continues to promote Outside, he shared that he has been exposed to various musical producers with whom he is finalising several major projects.

"I have tracks working on that I am certain will further cement my spot in dancehall. Where I am from means that my beginning was a humble one, and I plan on living up to my community standards when it comes on to making a worldwide impact like Bounty Killer and Dexta Daps have," shared D Clubz.