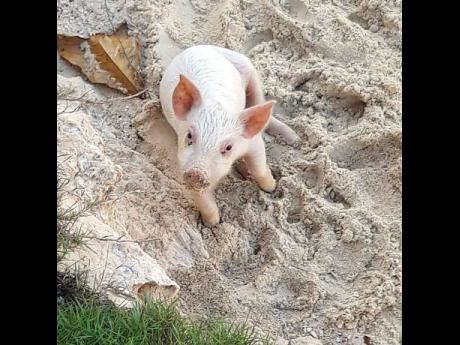 This pig called Kevin Bacon enjoys his time at the beach. 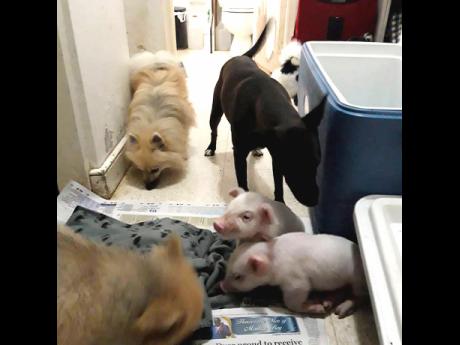 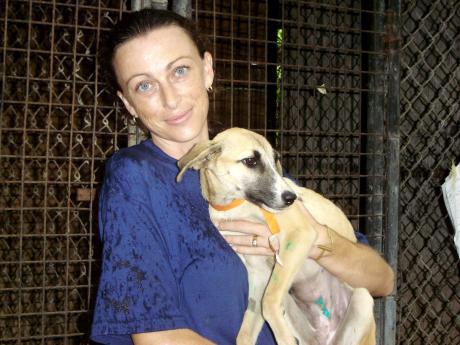 With many persons putting in ham orders as they plan Christmas dinner, one woman, Tammy Browne, has got so attached to her pigs that she no longer intends to eat pork. Browne, a veterinary technician and the director of Montego Bay Animal Heaven, recently added two piglets to her family after the animals were rejected by their mother.

"I had the two pigs in my house initially because they were being fed every couple of hours, and it was just too much to put them outside. They were cleaner than any puppy or anything like that, that I have ever had," Browne said.

Browne has named the pigs Kevin Bacon and Clarence. A third pig, Amy Swinehouse, died. Clarence joined the family yesterday, before that Kevin Bacon was the lone pig in Browne's household.

But Browne admits that this has been a learning curve for her.

"I am learning so I went into Agro Grace and I purchased the powder milk. I fed them with that until they stopped drinking milk and now they are on pre-starter mix, which is like baby piglet food. They are very easy to feed because they are omnivores. When you are preparing your dinner, you could give them the scraps from your meal to eat," she said.

Browne said that she has become so attached to the pigs that although she eats meat, she says that she will have a hard time eating pork from now on.

"The saddest thing is that they are going to grow to 500lb and I don't know what the heck I am going to do with a 500lb pig, but I know I can't eat them," she said.

She also said that she won't allow someone who intends to eat the pigs adopt them after what they have been through.

"Why does an animal like this just has to be used for feed, when this animal is so smart? Should it have a life where it's just stuck in a tiny pen or a crate?" she questioned.

"I think we have to raise the awareness about the intelligence of these animals on what they have to offer, other than just bacon. I am trying to get people to stop eating pork, I just think they should be treated better," Browne said.

Browne, who has goats, horses and numerous dogs which she cares, is convinced pigs can make great pets.