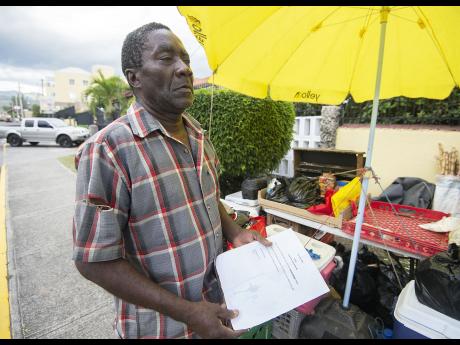 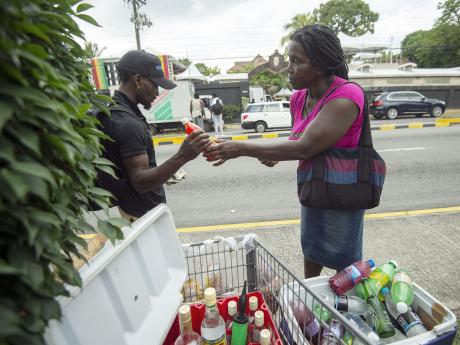 Vendors who normally set up their stalls in preparation for the Bob Marley concert on the reggae icon's birthday, are upset about the notice they were served not to do any vending in the area this year.
On Tuesday, the vendors said they got letters, reportedly from the police, that they would not be allowed to sell their goods across from the venue for Wednesday's concert.

Dennis Baker said that for the past five years he has never been able to get a good spot to sell his products.
However this year, because of his swift move, he was able to land a spot directly in front of the museum.
“Mi always deh far off. Mi always deh over deh so and mi get such a good spot right now and them a do this,” he said.

Courtney Vernon, who has been selling at the concert for more than five years, said that he was surprised to get a letter as they have been selling for so long.

Vernon said that he came from the Six Miles area a day early, which is what he always did to get the early sale, and to secure his spot.
He said that he chartered a vehicle which cost him $2000 to transport everything he needed.

“Every year, I come I sell juice and fruits and them thing deh and sell jerk chicken pan the day of the concert," he said.
Maureen Green said that she is very disappointed that persons would want to hinder them from making a living.

The 59-year-old, who resides in Waltham Park, said she came fully equipped to ensure she got most out of the concert, but now she is faced with getting nothing.

“Mi deh yah from the Bob Marley Foundation up. Bob Marley would not promote this because dem a fi the poor. Mi deh yah now a sell one one juice because Bob Marley thing sell off,” she said.