Family still puzzled as man is missing since 2019 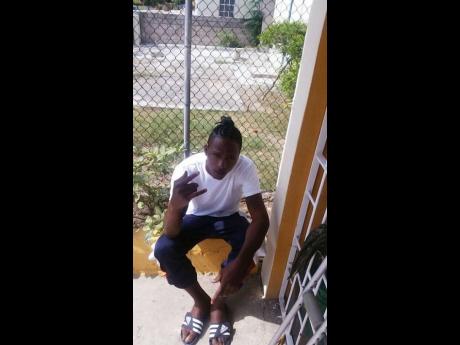 Desperate to find closure, a St Andrew family is now prepared to offer money to anyone with credible information that leads to the discovery of Shaquille Melville, who has been missing since February 2019.

Melville, 25, migrated to the United States at age 14 but was deported back to Jamaica four years later for disciplinary reasons. At the time of his disappearance, Melville reportedly shared an apartment in Cumberland, St Catherine, with some friends.

THE WEEKEND STAR understands that Melville allegedly told his friends on February 23, 2019, the day he went missing, that he was going to the country to meet with someone, but did not disclose where he was going or who he was going to see.

A relative who requested anonymity, said a report was made to the Half-Way Tree Police Station a week after Melville went missing. However, they are now seeking assistance from the public. She added that the situation has caused immense pain for the family, particularly Melville's mother, Annette Beckford, 47, who has been receiving mental therapy at Broward Health in Florida, USA.

"I know he wasn't perfect, but I know he is a good person. The only thing the JCF (Jamaica Constabulary Force) has done is to contact my aunt asking if Shaquille has made it home," she said. A cop assigned to the Half-Way Tree Police Station confirmed that a missing person report was made to the station but was unable to give an update in the investigation. This, the relative said, is another source of added frustration.

"I honestly think the police took the report and that's as far as the investigation went. All we want is closure because I know he is not with us anymore. We are willing to put a reward for any information that leads to an arrest or further evidence," the relative said.