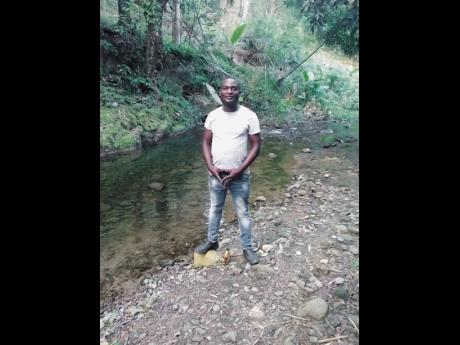 Carl Stephens is remembered as a man who loved his nieces and nephews, so when a family friend came bearing bad news of his untimely death on Friday, March 19, they were immediately heartbroken.

Stephens, 35, never had a child of his own, but loved all of his 20-odd nieces and nephews, according to Collette, his twin sister.

"He was friendly, caring and always trying to help someone," said Collette, who struggled to find words when THE STAR visited the family at their home in Seaview Gardens, St Andrew, yesterday.

The healthcare worker said that her brother, who worked at Marksman as a security guard for five years, was very ambitious and dreamed about making it big to better provide for his family.

"He wanted to become a doctor or a veterinarian, but that didn't happen because he never got to complete his schooling," Collette said.

"He was buying and selling a lot of different things before he started working as a security guard. But one thing I can tell you, he never lost sight of his goals," she said.

Her brother is believed to have died as a result of injuries he sustained in a motor vehicle crash on Marcus Garvey Drive.

According to the Jamaica Constabulary Force's Corporate Communications Unit, a report from the Denham Town police states that about 8:55 p.m., the police were conducting vehicular checkpoint operations in the area when they signalled Stephens, who was driving a Toyota Probox motor car, to stop.

The police said that Stephens disobeyed their signal and entered the east-bound (wrong) lane of the roadway. They said that shortly after, the Probox collided with a Nissan Sylphy motor car and a Toyota Wish motor car, resulting in one of the vehicles being destroyed by flames.

The police stated that all three drivers were taken to hospital,where Stephens was pronounced dead and the other two persons admitted for treatment.

Collette said that her brother was a good man who has never been in conflict with the law.

"This is the first brush he had with the law. He is not a criminal, you can ask anybody and they will tell you that. If he sees anybody on the road and they don't have any bus fare or taxi fare and going the same direction, he will bring them. That is the Carl I know," she said.

Collette said that the situation has caused tremendous pain for her family.