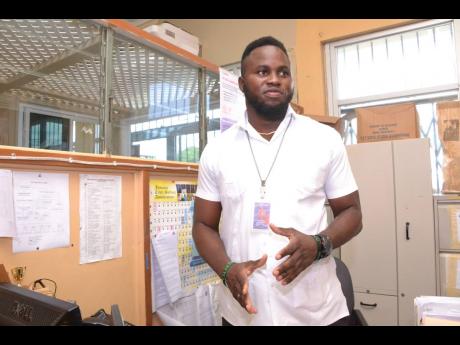 Carey Carter, 34, one of many Jamaicans to have benefited from the benevolence of the late Dr Jephthah Ford. 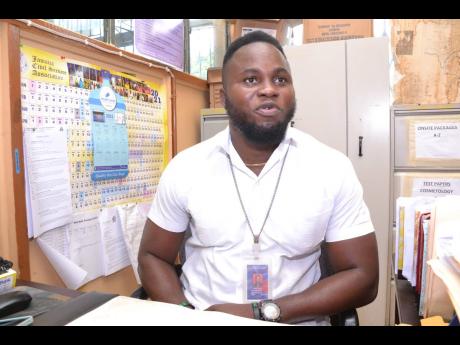 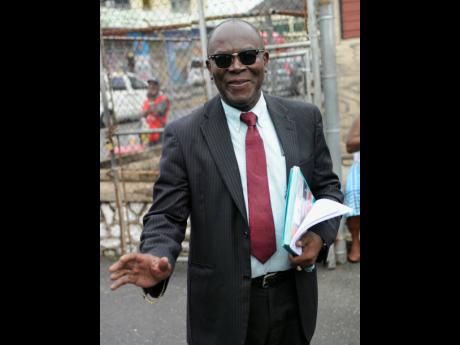 Carey Carter said that his life was heading down a path of destruction until Dr Jephthah Ford intervened. A former ward of the State, Carter said that the late medical doctor was a father figure whose mentorship contributed to him becoming the man he is today.

Carter, 34, is one of many Jamaicans who benefited from the prominent physician's benevolence.

"Bwoy to tell you di truth, I don't know. Sometimes I don't like to think about it, but he stepped in at a vital and critical point in my life," said Carter, who now works as a secretary for the chief public health inspector at the Kingston and St Andrew Health Department.

"I grew up in Ackee Walk (St Andrew) and back then certain gangs and criminal activities were frequent. He took me from that and gave me a purpose in life," said the Calabar High School graduate.

"Where I was staying was not ideal, and the day I moved from there I became more focused and determined. While working for him, he instilled a lot of good attributes, which have helped me today," Carter continued.

Ford, a prominent medical doctor who dabbled in politics, died four days after his 69th birthday on Sunday. Carter, in paying tribute to him, described Ford as a trailblazer.

"The legacy that he has left is immortalised and I will be forever grateful and thankful. From morning I haven't really ate. The thought is still fresh in my head to know that I recently spoke to him and he asked me to get someone to paint and erect a sign for him. I told him no problem and that I was going to check him soon. I guess I will never get to fulfill that promise," he said.

According to Carter, Ford guided him to the HEART/NSTA Trust where he prepared for and passed seven Caribbean Secondary Education Certificate examinations.

Carter was in State care for eight years, from age three to 11, and by the time he was 13, he had run away from his father's home to stay with his mother. That's when he ended up in hospital with a fractured skull, after he was allegedly chopped in the head with a machete. After being released from hospital, Carter said that an adult took him to Vanford Medical Centre for a check-up. Ford, having heard the boy's story, decided he would be more than just a physician .

"I explained the situation and he reached out to the Child Development Agency (now the Child Protection and Family Services Agency) to let them know that he would take my brother (Everton Carter Jr) and I under his care," said Carter. He told THE STAR that Ford's stabilising presence rescued him.

"Emotionally, he didn't express that softness that you would see from a parent to a child. But he was duty-bound and he always ensured that that was instilled in me. We have some memorable moments. He is always a person who is always helping persons; that is one thing that is undeniable about Dr Ford, regardless of your situation," Carter said.