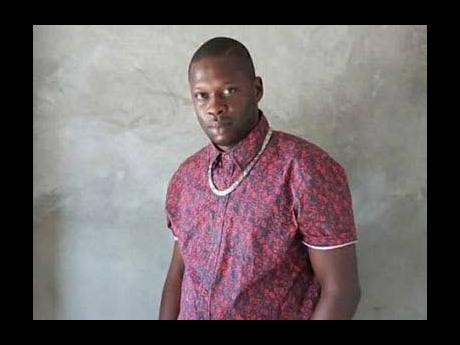 Words like professional, punctual and patient were used to describe slain police constable Jermaine Bennett, who, according to his former trainer, was never late for work in his eight years in the force.

Detective Inspector Natrica Bryce-Henry of the Kingston Central Police Station, where he was assigned, said Bennett was the quintessential policeman.

"He is the most humble policeman that I can say I have met right now. Nothing bothered him. He comes to work, does what is required and goes home. And that is what you must ask as a supervisor of everybody," the senior cop said. Some of Bennett's colleagues appeared shell-shocked with their heads hanging and eyes filled with water.

According to reports, Bennett was shot dead by gunmen after he had gone to visit his five-week-old daughter on Tuesday night. The incident occurred about 9:45 p.m. in Gregory Park, Portmore, St Catherine. Eyewitnesses alleged that Bennett did not get a chance to defend himself.

"The persons who knew him know that he didn't deserve that kind of death. He is not a policeman who even yells at a civilian. I don't think he has ever been in any conflict," she said.

The youngest of his eight siblings, Giovanni, said that his brother was like the backbone of the family.

"Ask anyone in the community and they will tell you how humble and quiet he was. He was more than a big brother to me, he was like my father," he said. Bennett was shot multiple times outside of a board dwelling where the mother of his infant daughter lived. He also has two sons.

Simone Lawrence said that her brother was an upstanding person who loved and cared for those closest to him. She also said he was an excellent father and uncle.

"Him mek sure say everything bout dem (his children) all right. He spend time with dem when he is not at work. He was also very keen on their education," she said.