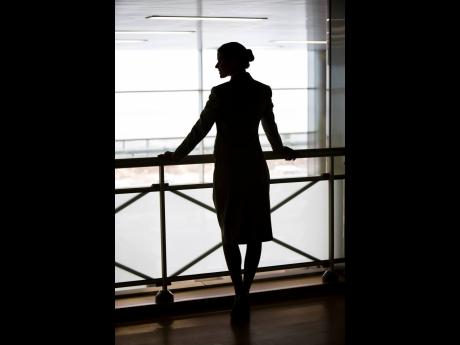 A woman who has been married for 10 years and lives at home with her husband, is distraught that her 'side piece' has seemingly used and refused her.

Kim*, 46, said that the man with whom she is having an affair is also married. She said that she has spent thousands of dollars on him, but he has now disappeared into thin air, leaving her drowning in emotions.

"Mi blame miself 'cause mi never tek time out fi know the person. I am speaking out now because I don't want this to happen to another woman. This man was with me, him wife and several other persons," Kim told THE WEEKEND STAR.

The mother of five, who works as a nurse's aide, said that when she met Bob* he was quite the charmer, and it didn't take long before she was swept off her feet.

"Him come wid dis nice smile, and this nice attitude. He treated me nice and bring me to all the nice places, so that made me comfortable and mi just run inna him arms," Kim said.

She even took it upon herself to assist him in paying a loan at a financial institution, which he had taken to purchase a vehicle that he uses in the transportation business.

"I don't have to spend money on transportation and food because I get a ride to and from work, and my husband would ensure that food is in the house. I was doing it because I ended up falling for this man very early in the relationship," Kim said.

The adulterous union lasted for 16 months, during which time Kim said she got pregnant. She is certain that her husband did not make the baby because she wasn't having sex with him. Bob, she said, insisted on an abortion, but he didn't say why.

"After several back and forth, I found out that he was also married and had three children," Kim claimed.

She said that she told her husband, whom she accused of constant physical abuse, about her extramarital affair and this led to them having several fights. She claims to have suffered a miscarriage as a result of these encounters.

Kim said she feels embarrassed about the situation, but is happy that the relationship has come to an end.

"That man never bought me anything. I started to pick up that he wasn't genuine in early January, but I am happy now that I am no longer in that relationship and I can focus more on myself and my health," she said.

As for her relationship with her husband, Kim said; "It's not working out. I don't regret stepping out, because he pushed me to this. I cannot forgive him for what he did, either."

She wants other women to avoid the situation in which she found herself.

"Ladies, find out fuss the kinda man unuh a get involved with. Don't make through emotions unuh jump and get into bed with a man. I don't want anyone to think I am stupid or that I was trying to buy love. The man just played on my soft heart. Anyone would have fallen for his charms," she said.