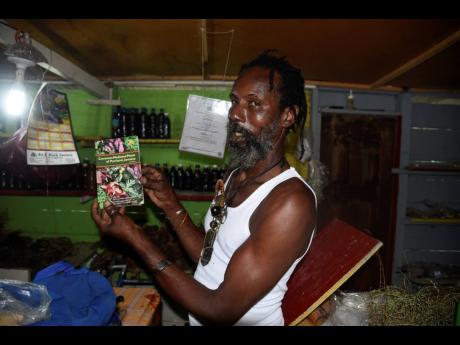 Harris shows of a copy of the book he co-authored. 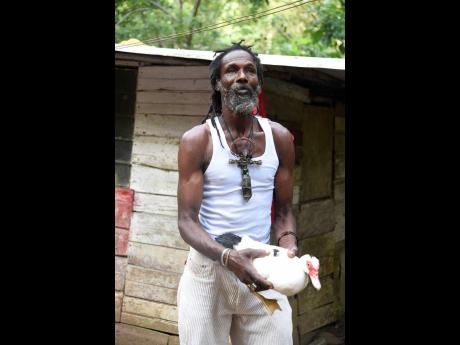 Lloyd Harris holds one of his surviving ducks after more than 400 others were found dead last Saturday. 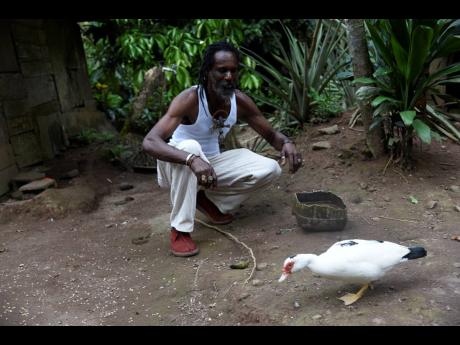 Harris tends to one of the three ducks that survived. He said the tragedy has robbed him of $400,000. 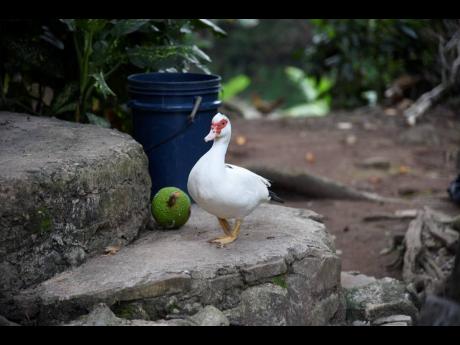 Harris said that duck meat is popular in Portland.
1
2
3
4

Portland native Lloyd Harris said he will not give up on his dream to become one of Jamaica's best-known farmers despite recently losing more than 400 ducks, valued at $400,000.

He said that during a routine visit to his farm last Saturday, he discovered that several of his ducks were laying motionless on the ground. He later discovered that they were poisoned.

"Mi report it to the police and wen di inspector come, him just tell mi fi either bury or burn dem. Mi cyah get no justice for weh mi lose," he said. The 57-year-old, who lives in Pleasant Hill district in Port Antonio, told THE STAR that it was the fifth time that he was experiencing a setback of such proportions during his 40 years as a farmer.

"Yuh have some likkle bad-minded people weh no wah see man prosperous, but mi cyah give up. If mi stop do weh mi a do, how mi ago survive? A man affi get up after each fall, enuh. Him affi just keep on trying and do the best, enuh," the dreadlocked farmer said while giving the news team a tour of his two-acre farm.

The experienced farmer, who also sells medicinal herbs in a shop located a mere 50 metres from his farm, said that there is a high demand on duck meat within the parish.

"People love dem man. Mi supply a lot of people including the Chinese dem. But mi ago bounce back from this, a no di fuss time dis ago happen to me," said Harris, co-author of the book Common Medicinal Plants of Portland, Jamaica.

The issue of praedial larceny has always been a sore one for farmers in the eastern parish. In 2016, a farm watch programme was set up in the communities of Manchioneal, Snow Hill and Cambridge to reduce opportunities for thieves.