‘Teddy’ Johnson in pain as beloved community is torn by violence 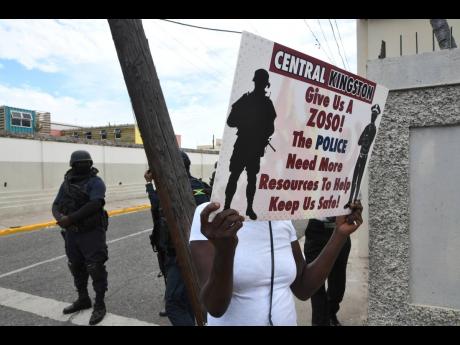 A group of women from various communities in Central Kingston last week raised their voices against the increase in criminality in the area. 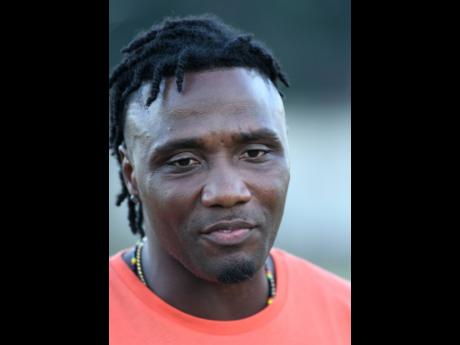 Former national footballer Jermaine 'Teddy' Johnson, who was a victim of a drive-by shooting in central Kingston last year, is calling for the intervention of Prime Minister Andrew Holness to help quell the deadly feud between the Genasyde and Darkside gangs that has been plaguing communities in Parade Gardens.

"I am calling on the prime minister to go down there to talk to the people and see where he can get the better of both sides, because things are very tense at the moment," said Johnson, who was shot in the chest on Thursday, September 3, while he stood at the intersection of Laws Street and High Holborn Street talking to two other persons.

"I still feel a lot of pain, especially when I am sleeping on my chest. But I give God thanks that I am still here, and I am very happy to be even walking again and able to talk to you guys," he told THE STAR yesterday.

In addition to calling for the prime minister to use his influence to help change the situation in central Kingston, the former Reggae Boy is clamouring for more police and military personnel in the area. The Genasyde and Darkside feud has contributed in large measure to the 29 per cent year-on-year increase in murders in the Kingston Central Police Division since the start of the year.

"It's messed up, when you think about it," said Johnson, who grew up in Southside. "To be honest, most of the people involved from the two sides are friends."

"The communities there need somebody who is strong enough who could go in and talk to them, to see if the thing can come back together; because it is not looking good at the moment," he said.

Several residents of the war-torn area last week protested in the streets as they push their claim for Parade Gardens to be declared a zone of special operations. The measure, which has been implemented in four vulnerable communities -- Mount Salem in St James, Denham Town, Kingston, and Greenwich Town and August Town in St Andrew -- is a combination of policing and social-intervention strategies aimed at transforming communities.

Johnson said that he has not returned to central Kingston since his close brush with death, but states that the area has a special place in his heart.

"I am one who loves central Kingston to the max. But, to be honest, I haven't been back there since my incident, and it is not a good feeling for me, because that is where I am from. I just want everything to change," Teddy said.

"You have a lot of young youths there who want to go and play football, but they are afraid. A lot of people want to go work and they are scared. Also, the children are afraid to play outside and summer is here, so I don't know what they will do. As l've said earlier, everyone involved are friends. They grew up as family, and I don't know why things have changed," the gifted footballer said.