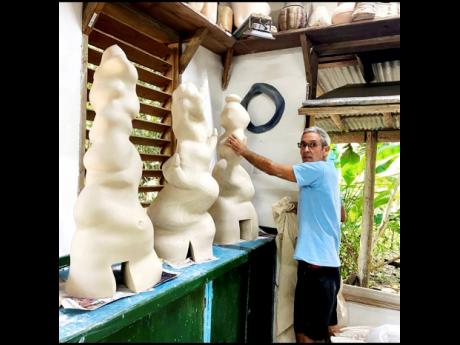 David Pinto explains how he creates his pieces. 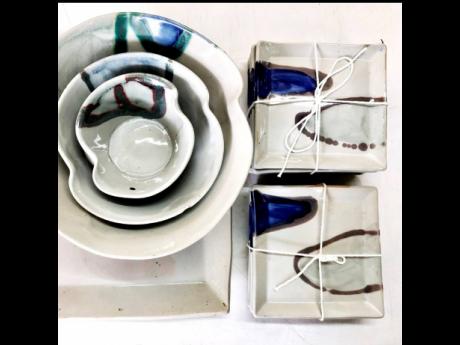 Some of Pinto’s dinnerware. 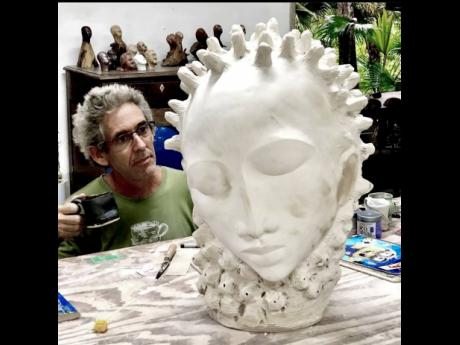 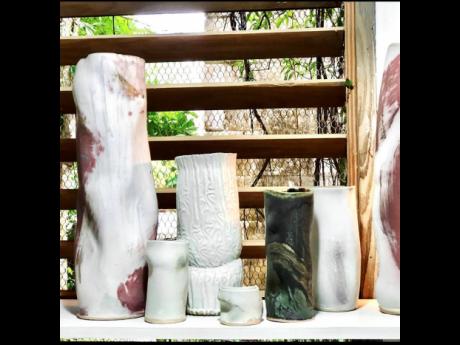 David Pinto did pottery as an extracurricular activity while attending high school in England, but decades later, the passion has not died.

Pinto, who was born in Jamaica, admits that after completing his degree in industrial design at the Rhode Island School of Design in 1988, he moved back to Jamaica in 1992 to develop his art.

"I tried other things first. I've worked in industrial design in a small office designing tableware and scuba diving equipment and candle sticks and I enjoyed it. But I missed the physical making with my own hands. There is a thrill in making things with my own hands. I find it engaging and rewarding," the 57-year-old shared.

"I've been working on human forms, female torsos and I have organic sculptures that have been inspired by the buds and blossoms that have been bursting open that signifies a renewal of life. My artwork is taken from a particular focused aspect of nature or daily life that I find engaging and interesting," Pinto said.

From his studio in Trelawny, he dedicates hours to creating eye-catching pieces. He added that in creating art, it is necessary to pay attention to details and to be passionate about the craft.

"With my students, I always use an analogy of riding a bicycle, that to ride a bicycle as a beginner, everyone can pretty much learn the skill. But it takes time and practice and you skin your knees along the way. Some people learn relatively quickly, some don't. There are parts of potting that require hours of practice," he said.

He walked THE STAR team through the steps it takes to create one of his pieces. First, wet clay is formed into the object being created, which is sometimes done by using the potter's wheel. Then it is kneaded properly, ensuring that there are no air pockets. Afterwards, it is beat flat and rolled thin like pastry and the shape of the art form is cut out and placed in plastic overnight.

However, these steps are just the beginning of the groundwork. Pieces can take two weeks or two months, dependent on the extra details.

Pinto says he stays committed to his art as there are constant changes in concepts that inspire his art. "I want variety and this keeps it fresh and exciting for me. It keeps others engaged," he said.

He mentors young enthusiasts but laughed as he said he's unsure if his children would follow his footsteps. He admits that he didn't initially think of art as a career.

"To me a career is about making a living and art is about following a dream and passion. I made a commitment to try for five years to follow my passion and see if I could afford to live and 30 years later I'm still doing it, so I guess it worked out," he said, bursting out in laughter.