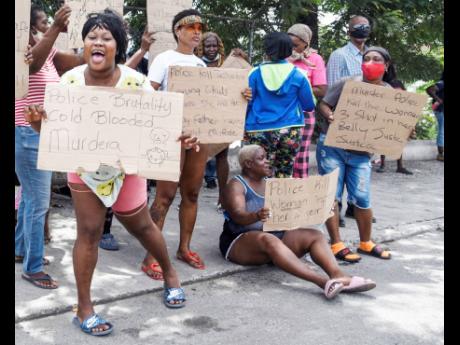 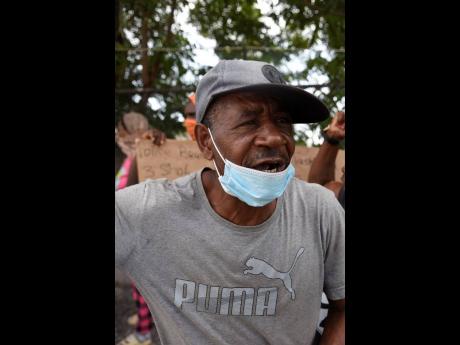 Sylton McLeod was distraught as he spoke about his daughter Tashekia during yesterday’s protest.
1
2

Sylton McLeod cut a dejected figure trying to accept the reality that his daughter, Tashekia McLeod, a mother of six, will no longer be around.

The 35-year-old bartender was shot dead during a confrontation with the police early Monday morning after she reportedly went to her babyfather's home on Seaward Drive, off Molynes Road, St Andrew.

"Mi start dream 'bout she and har son when somebody come a call outside mi gate early dis mawnin (Monday)," McLeod told THE STAR, while trying to hold back the tears. "A last night (Sunday) she and har likkle son come a mi yard and she ask mi fi a money fi buy ice cream, so mi give har it and when she leave mi go back inside go lay down."

The Independent Commission of Investigations (INDECOM) says the police have reported that two cops were sent to respond to a domestic dispute involving three persons, two women and a man. It is further reported that while being transported to the police station, McLeod became enraged and allegedly made attempts to attack the man and then the cops. It is alleged that she used weapons, an ice-pick and two knives, that were in her possession, to carry out the attack. INDECOM says during the attack on one of the cops, he reportedly discharged his weapon in McLeod's direction. She was shot and later transported to hospital where she was pronounced dead.

Enraged residents took to the street and blocked the road in protest, alleging police brutality. McLeod said he also does not accept the manner in which his daughter died.

"Di police dem could a hold har and discipline har different as a woman. One likkle knife and four police and yuh affi kill har? Yuh could a do supn else, like use yuh spray gas or lick har wid yuh baton," he said. McLeod said that his daughter always wanted to become a doctor but after having her first child early, her dreams quickly faded. However, he said that he was proud of how she put her children first in all that she did.