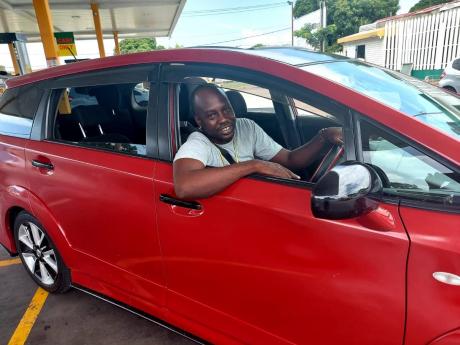 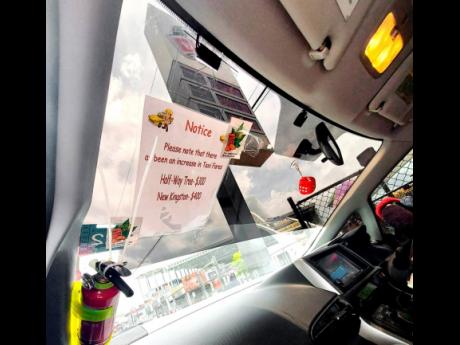 Rohan Murray is among the ton load of motorists complaining about the weekly hike in gas prices. The Petroleum Corporation of Jamaica on Wednesday announced an increase in the price of fuel for the eighth successive week, with the price of E-10 87 moving to $155.70 per litre, and E-10 90 reaching a record $163.99 per litre. Retailers have been adding their own margins.

Murray, who is a carpenter, said that he has already taken steps to get off gas pumps because of the consistent hike in gas prices.

"Mi buy one hybrid car the other day, enuh, because mi a guh either park this or sell it. Mi fully solar at my house, enuh, so a hybrid car will work in my favour right now," he said.

Murray said that the rising gas prices continue to take a toll on his pockets. Hybrid vehicles are more fuel efficient vehicles than conventional diesel and gasolene-powered auto mobile.

"I have been doing a lot of car pooling with my wife's car, because this is only taking more from my pocket. Mi nuh really guh no weh in terms of mileage and dem things deh, so mi nuh see the reason for me to be paying so much for gas. Right now mi affi use other measures until things go back to normal," he said.

Andrew, a cabbie who operates between Spanish Town, St Catherine; and Half-Way Tree, St Andrew; says the rising fuel prices has been making his job unprofitable.

"About four months now dis a gwan and di sad thing is that the other party no have much talk ina di House of Parliament right now. A more than a month now mi nuh full mi gas tank because mi simply cyah afford it," he said.

Taxi operators have been clamouring for an increase in fares for sometime. They have pointed to the ever-increasing price of fuel as one reason a fare increase should be granted. Andrew said that if the Government cannot facilitate a fare increase, they should at least cut the taxes on gas.

"The gas price a guh still high, enuh, but at least it will be a little bearable. Yuh understand? Mi a use a big engine car, and eight grand could a full the tank, but now a $13,000 fi do that and, a 90 (E-10) mi use," said the cabbie who has already added an extra $100 to his fare due the increases in the cost to operate his vehicle.