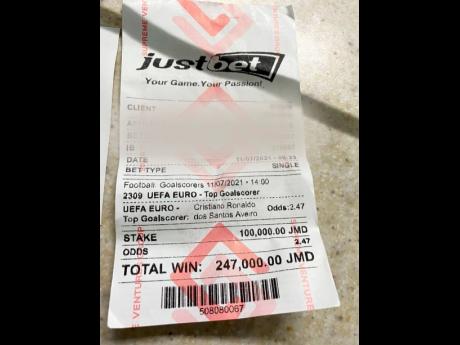 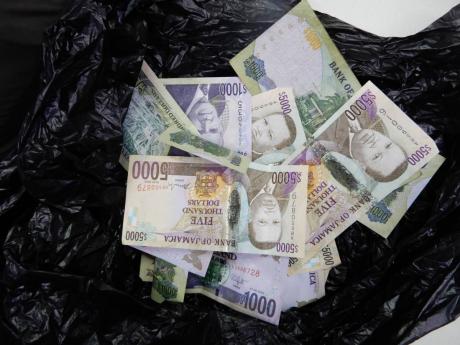 A man who wagered $300,000 on Portugal captain and ace forward Cristiano Ronaldo to finish top goal scorer at the just concluded Euro 2020 Championships, is hopping mad after being paid only a fraction of what he claims is due to him.

The Portuguese superstar finished on five goals, the same as the Czech Republic's Peter Schick, but got the edge on the tie-break of assists.

He said that he had to be very persuasive to convince his friends that the gamble was going to pay off.

"When mi see it, mi decide fi place three bets at $100,000 each. The operator (cashier) was amused when they (tickets) were being purchased. I jumped at it because it was a good investment, and I am a well-known gambler," he said.

However, much to his dismay, Cole told THE WEEKEND STAR that he has so far collected a full payout for only one ticket -- $247,000 -- while claiming that he is being asked to accept half the amount --$123,500-- on each of the remaining two tickets.

Cole, who is determined to collect the full amount that is due to him, said the situation has now placed him in an uncomfortable position with some friends from whom he borrowed the money to purchase the tickets.

"I can't pay back the money right now and when I went there (the betting company), they are offering me half of the total sum. I told them that I won't accept it," he said.

JustBet, contacted for comment on the matter, is yet to provide a response.