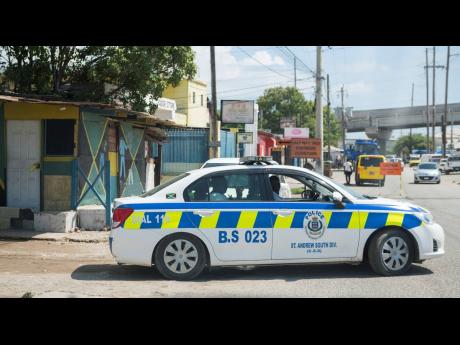 Commanding officer for the St Andrew South Police Division, Superintendent Kirk Ricketts, has promised the lawmen will be more mobile as they look to stem the violent incidents.

"We have even changed some of the checkpoints from being just a checkpoint to a foot patrol, meaning that we have removed some of the assets like igloos and chairs. So while the officers will use it as a resting area, they are supposed to move around in the community," he said.

Despite having approximately 11 police checkpoints, the division has seen a year-on-year rise in shootings by 22 per cent. The division has racked up 95 murders midway through July.

Ricketts said that checkpoints are placed in "communities of concern", so we still getting shootings and murders within the community as a result.

"I wouldn't say it (using checkpoints) is a weakness. Any strategy you put in place, from time to time, you will have to reassess. As time progress these combatants will find ways to circumvent the thing to attack each other. So we now have to be flexible enough to move along with that and that is what we have been doing," he said.

Not in 'eyesight' of the lawmen

Ricketts said that some shootings may be 'near' to a checkpoint but not in 'eyesight' of the lawmen.

"A checkpoint can be there and you have two or three houses between a checkpoint and a shooting. It would take a good five minutes for persons to reach there," he said.

Ricketts said the police are trying to get more boots on the ground in the areas of concern.

"So people should look to see more police officers moving in and around the various nooks and crannies of the division, particularly those areas that have the high concentration of gang activities," he said. "We will increase our mobile coverage. We do have a component of the Quick Response, and they have been doing a pretty good job. There is a particular area that we have them focusing on now, but we always welcome more so we are lobbying for more resources for them. And as I have stated earlier, we have now decided to change these checkpoints into foot patrols."

Ricketts admitted that it is a concern to have a police presence in the space and there is still violence.

"Since my arrival I have gone about having discussions with my counterparts from the military about repurposing the checkpoints where the men will be moving about, and not just holding the checkpoints, but moving in a particular radius to have a more effective impact in the space," he said. Ricketts also said the lawmen were identifying and targeting key individuals with the objective of interdicting their activities and arresting them.

"We have started specific investigation around these targets and will be intensifying them as we approach the busier periods. We do expect to see some dividends from it. We have started to see it. We have already had a number of persons arrested since the start of the year that are key persons in these gangs," he said.