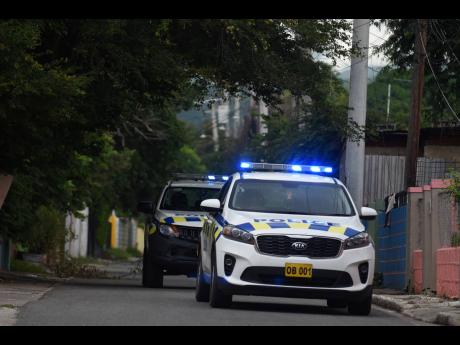 More women are aiding the illicit activities of criminals in the Corporate Area, according to two police division commanders.

Their involvement, the cops stated, serves as a comfort to wanton criminals who continue to wreak havoc in society.

"They are the ones who stay on the corners and use their phones to tell their guys about the whereabouts of the police. Often times you go on an operation, they serve as distractors. They try to do everything, make noise, hurl stones at the police and mount protests just to distract us from our focus," said Superintendent Michael Phipps, commanding officer for the Kingston West Division.

Phipps told THE STAR that these women, usually the mothers and girlfriends of the wanted men, will take on the roll of their handlers in order for them to evade the police.

Women will sometimes transport the guns

"From time to time we get information that the women will sometimes transport the guns. So what we seek to do at all times is to have females (cops) that can search females when we have them coming across our checkpoints or wherever," he said.

Superintendent Kirk Ricketts, who is in charge of St Andrew South, adds that the involvement of the women makes it very difficult for his officers to get a grip on crime and violence.

"Women are key components of what is happening. A lot of the shootings and killings are being driven by the activities of women. They cook, wash clothes, offer sex, hide guns, demonstrate when the police act against these criminals," he said. "This makes policing extremely difficult. It is like policing an entire community as opposed to a gang. The involvement of women doesn't necessarily mean they are jumping out of cars and firing at the police, but this seems to be growing as generations change."

Meanwhile, Ricketts said that the two women were apprehended after Tuesday's shootout between gunmen and the police in Riverton Meadows, St Andrew, are still in custody. He said that they are facing charges of illegal possession of firearms and shooting with intent.

During the incident, three men were killed as the police attempted to intercept two vehicles in the 'Gully Bank' area in the community. The police said that two illegal firearms and several rounds of ammunitions were recovered.