‘I have never seen anything so brutal’ - Veteran crime-fighter moved by rape, murder of elderly St Andrew woman 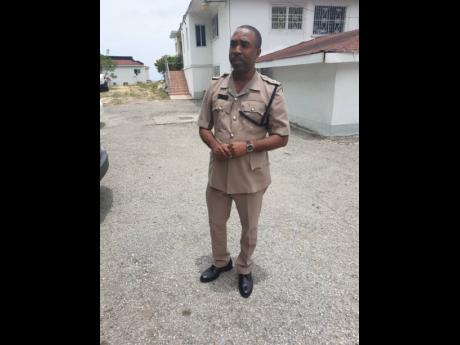 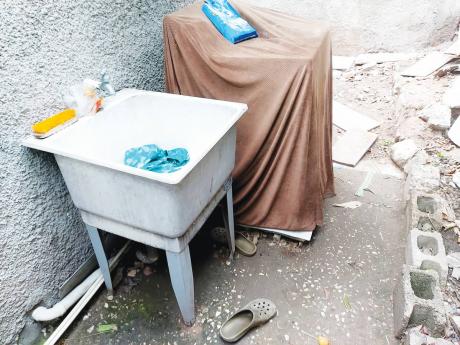 Doris Gordon was killed Tuesday around 1 p.m. by a man, or men, who residents theorise pounced on her while she was in her backyard washing clothes.
1
2

Watching his men remove the body of a 82-year-old woman, who appeared to have been raped before her throat was slashed by lowlifes on Ashoka Road in Waterhouse, St Andrew, was by far the most difficult task for Superintendent of Police, Kirk Ricketts, in his 27-year career.

"I have never seen anything so brutal," the senior crime-fighter said. Twenty-seven to 28 years didn't prepare me for that," added Ricketts, who heads one of the island's toughest police divisions -- St Andrew South.

The deceased, Doris Gordon, was killed on Tuesday around 1 p.m. by a man or men who residents theorise pounced on her while she was in her backyard washing clothes. She has been living at Ashoka Road for five years, having moved from Seaview Gardens, the community in which she grew up.

"It is extremely distressing. To see the body of an elderly citizen really touched just about every police officer that was there. I can tell you that the detectives are moving at a fast pace to find out who could have done such a wicked act," Ricketts said.

Gordon's caretaker appeared shell-shocked as she stood over a pool of blood and dentures belonging to the slain senior citizen.

"Granny don't deserve this! She is a nice lady, how dem fi do har this?," she said as the tears flowed down her face.

"Di likkle boy who is a tenant in there found her round di back. Him see har and call di police. She deh pon di dutty ground naked, a only di top part dem never tek off," she said.

The caretaker said that she had developed a close bond with Gordon during the five years she took care of her.

"Every morning at 5:30 mi go give her har medication cause she trouble with seizure. Mi cyah believe! Every morning mi a guh pass di gate goaa work and she nah go in deh?!"

Gordon, a mother of three, was said to be very active despite her age and illness. And although she lived alone, there was always someone close by to come to her aid.

"She used to work at Red Cross, and she tell me say a true di seizure why she left. She is very clean and always active. Yuh know, for some old people, dem cloak up dem self, but not she," the caretaker said.

Another neighbour and close friend said that Gordon was well-respected.

"Mi used to sleep wid har a night time to ensure say she alright, but true my husband got sick I could no longer do it. She was a nice lady. I saw her this morning and she was under a mango tree in her yard, and looked quite fine. I never expected this one!" the neighbour said.