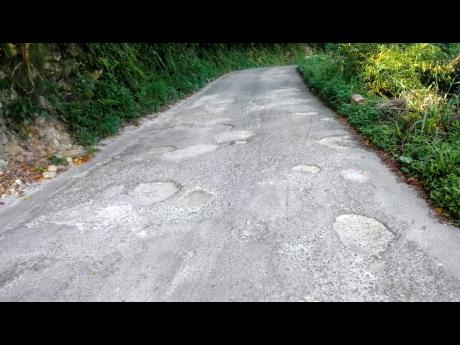 A section of the roadway in Bamboo, Hanover. 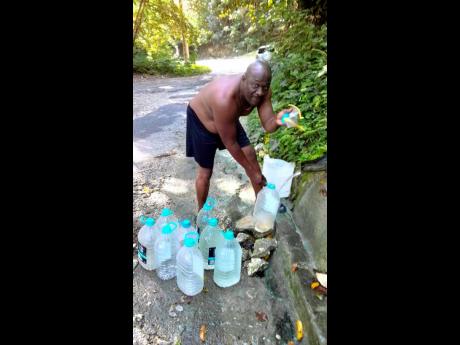 Hubert Distin shows the strainer that he uses when filling up water from this spring.
1
2

Despite being located just three miles away from the popular town of Hopewell, residents of Bamboo in Hanover are forced to live with poor roads and running water. Several disgruntled residents told THE STAR that the stretch of roadway leading from Hopewell to Bamboo has been left unattended for years.

Hubert Distin, who is a taxi operator, said residents are forced to effect repairs to the roadway themselves and use various means to acquire water, including catching it from a nearby spring.

"This a one a di two little source weh wi get running water from and wi even haffe bring wi own strainer fi strain the water, " he said.

"Di man dem don't business wid wi massa, a yah suh wi bathe, wash wi car, and even ketch drinking water, and wen a nu yah suh, a round a the river," Dustin said, referring to an underground spring in the area.

He also pointed out that most of the homes do not have piped water, because over the years, the pipes have become crystallised and broken. Distin also said that due to the deplorable state of the roadway, it is now costing him and other motorists hundreds of thousands of dollars to keep their vehicles running properly.

Another disgruntled resident expressed shock that even though Bamboo is located so close to major tourism resorts and townships, residents are forced to live in 'primitive' conditions.

"Bamboo is about 13 miles from the city of Montego Bay, about four miles from Round Hill Hotel, and just little over five miles from Tryall Resort and Villas, and yet we as residents are still living in the Stone Age," the angry woman stated. "Most of the working class citizens living in Bamboo are employed to either Round Hill or Tryall, and still yet water which runs from the Great River is used to facilitate both hotels, and they bypass Bamboo which you could say is between both hotels."

She said that she has lived in Bamboo for some time and it is costing her thousands of dollars to purchase potable water.

Efforts to contact both Member of Parliament for Eastern Hanover Dave Brown, and councillor for the Hopewell division, Devon Brown, proved futile.