Man killed on way to work 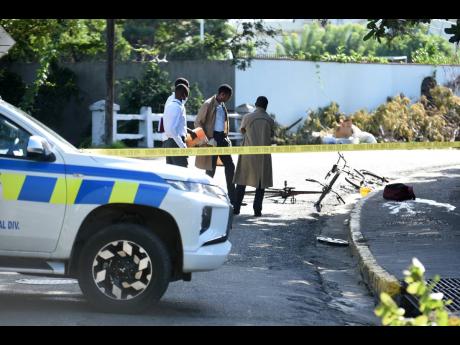 Crime scene investigators at the corner of North Street and Central Avenue in Kingston where Wayne Cillen was shot and killed yesterday. 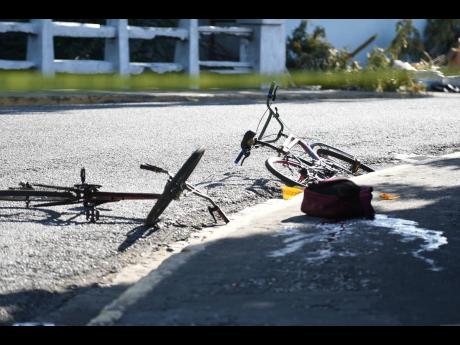 Wayne Cillen, 24, was riding his bicycle along North Street when he was pounced upon by gunmen who shot him several times.
1
2

Wayne Cillen loved his mother, Natalee Grey, so much that he decided to tattoo her name on his right arm. For Grey, it was a proud moment to see her name in ink.

Sadly, the mother-son bond was shattered yesterday as Cillen, 24, was shot and killed on North Street in Kingston. The youngster was on his way to work with his father when he met his demise. His father escaped unharmed.

"Dem just take mi son life suh. Mi always encourage him to just work and save him money because him nuh have a chick or child. My son was very ambitious. Is just the other day him do him police record because he was suppose to get a job at Red Stripe soon," Grey said.

According to police reports, about 6:45 a.m., Cillen was riding his bicycle along North Street when he was pounced upon by gunmen who shot him several times. The police were alerted and he was taken to the Kingston Public Hospital (KPH) where he was pronounced dead.

Grey said her son had just started a new job with his father on a construction site.

"He was working on a construction site downtown and that work finish so he was home for a week. I turn to his father and say like how Wayne nah work, mi a beg him carry him on the work with him because mi nuh want him sit idly in the place. Yesterday (Monday) him start work enuh, and dem take him life today," the distraught mother said.

Grey, who is pregnant, was getting ready to attend antenatal clinic, when she heard the gunshots from her home at James Street.

"Mi never know seh a my son a get dem shot deh, is somebody turn to mi and say is yuh family enuh. When mi run off and guh up di road, mi see mi son lay down on the ground. Him and nobody nuh in any war or have anything. Dem just kill mi son like that," she said.

She described her son as a helpful individual who would move mountains to keep her happy.

The Kingston Central Police Division, where the incident occurred, has been experiencing a higher than normal level of murders and shootings. Police data indicate that murders have gone up by 59.5 per cent since the start of the year while shootings have increased by 42.5 per cent.

Jamaica has recorded 1,157 murders as of Sunday, according to the police. This represents a 10 per cent increase when compared with the corresponding period last year.