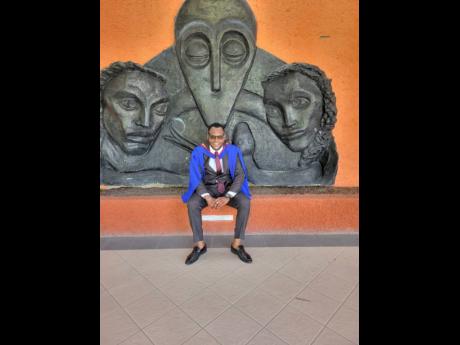 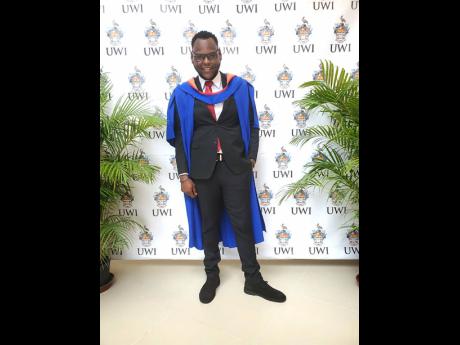 Twenty-nine-year-old police corporal Kensley Shay is still in sweet denial after he was named as one of four exceptional students who will address their peers at The University of the West Indies (UWI), Mona campus' virtual graduation ceremonies scheduled for November 4 and 5.

Shay, who hails from Duckensfield, St Thomas, has been assigned to the protective services division in the police's Area One since February 2020.

"All of this is still surreal to me. It has not hit me the way I think it should have as yet. I just wanted to collect the piece of paper and I did not do it for any recognition honestly, but more for survival and success. I do appreciate the recognition though and it has been a really fulfilling experience to know that I was able to work full-time and be valedictorian by a number one university," he said.

A past student of St Thomas Technical High School, Shay said he had no interest in becoming a police officer but said he did not have the option of furthering his education at a tertiary institution after completing high school. The last of four children, he said he had a smooth childhood despite the fact that his father passed away when he was much younger.

At the age of 16, with his mother's permission, he took the entrance examinations for the Jamaica Constabulary Force (JCF). He said that two months after his 19th birthday in 2012, he got enlisted. But the thought of attending university was never far from his mind. His complex work environment proved to be a challenge though.

"When I started the JCF, I applied to go to university every year until I actually started. I was stationed at Hunt's Bay Police Station for years and we all know that it falls under St Andrew South which is a highly volatile environment that demanded a lot of attention. Therefore, I didn't start university until I was transferred from that location," he said.

Shay said although he was accepted to attend The UWI, he was unsure how he would be able to balance his academic and professional lives. This dilemma was resolved with the introduction of the Weekend Programme at the UWI Mona, which allowed him to start pursuing a bachelor of science degree in management studies through the Faculty of Social Sciences in 2017.

The programme lasted for four years and required Shay to attend classes from 8 a.m. to 5:30 p.m. on weekends. His transfer to Montego Bay, St James, for his last semester of year three and the entirety of year four did not deter him as he could still come to the Corporate Area, where he resides, on weekends. The COVID-19 pandemic forcing classes online also made it easier for him to study.

"I basically gave up my weekends for four years. I used to joke with people and tell them that I work and go to school for 11 and a half months out of the year. The only time I would get a weekend off was during December when school went on break," he said.

Shay stated that he intends to continue serving and contributing to the development of his country through his service with the JCF.