A year of agony - Battered teen remains on ventilator, mom continues to pray for recovery 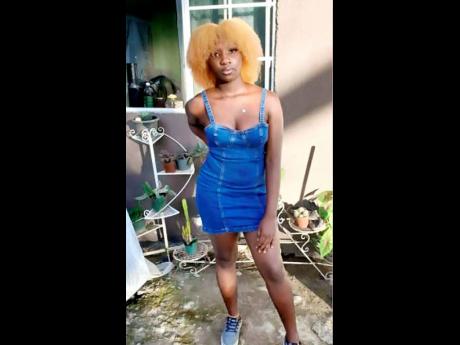 It has been a year and two days since Kaylan Dowdie has been laying in an Intensive Care Unit (ICU) bed at the University Hospital of the West Indies (UHWI) after she was reportedly beaten by a group of women at a party on November 7 2020.

Speaking with THE STAR yesterday Dowdie's mother, Veneisha Buckley, said the now 18-year-old continues to put up a strong fight for her life.

"There are still a lot of ups and down and a year later she is still in ICU in a lot of pain. We are still stressed and still there is no justice. She is still being ignored and overlooked and still no help from the Government. The majority of assistance comes from social media who have been my backbone since everything happened," she said.

Buckley said that doctors only gave her daughter a two per cent chance of survival. Since her hospitalisation, Dowdie has been fitted with a pacemaker and her mother said her heart had stopped beating nearly 10 times, with the longest being for 20 minutes. In addition to that, Dowdie has also suffered from memory loss, done blood transfusions, undergone multiple surgeries and has had major respiratory issues. But she continues to fight.

Five women who were implicated in the attack are currently before the court on charges of wounding with intent and unlawful wounding. A committal hearing has been set for December 1 in the Kingston and St Andrew Parish Court.

For weeks, Buckley has been trying to get Dowdie transferred to a medical facility in the US. She received an acceptance letter last month. However, she is unable to find the US$425,000 (approximately J$62 million) needed and is seeking the public's assistance.

"It is a lot of money and the donations are really what you would call a trickle but I really appreciate them. We are no where near anywhere so the help would be good. If we could find a cheaper facility to take her that would also be good and don't forget that I still owe UHWI," she said.

Dowdie, a graduate of Papine High School, had started her own online business and was studying entrepreneurship at the Pre-University School (Pre-UWI). She also had her eyes set on working in the entertainment industry but those dreams have been placed on a major pause.

"She would be doing her online business and she had started Pre-UWI and she was doing over some subjects that she didn't get. She wanted to move on to Edna Manley (College of the Visual and Performing Arts) from there as she wanted to go into performing arts because she sings well and loves to entertain persons," Buckey said.

The distraught mother said she continues to seek the public's assistance and is hoping to raise enough funds to have Dowdie transferred to a medical facility overseas.

"She has come a very long way but she is still not out of the woods so she really needs the transfer. She needs proper physiotherapy and we don't have the facilities here to give her that. UHWI has been doing her best but they cannot do much more," Buckley said.