No worries in Bowden Hill 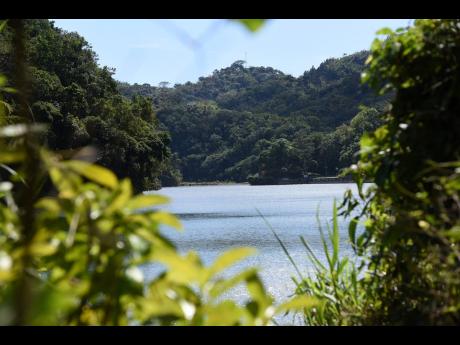 A section of the Hermitage Dam near to the waterfalls. 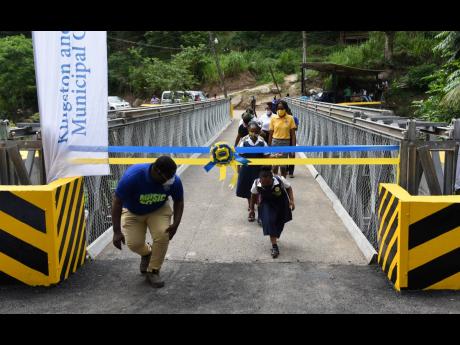 Students from Bowden Hill Primary and Infant School are assisted to cross the restored bridge in the area that had collapsed in 2019. The new bridge was opened in June 2020. 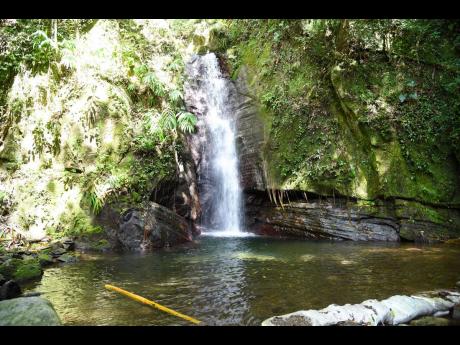 The air is fresh and crisp in Bowden Hill, Stony Hill, St Andrew, and the scenery is breathtaking. With extremely high rainfall, the foliage is thick, lush and beautiful, with a wide variety of bamboo, ferns and other beautiful shrubs and trees.

As THE STAR team travelled along the rural community, we came across Robby Tomlinson, who stood on a banking sharpening his cutlass. He grinned and waved to the news team before stating that he was preparing to go to his farm in another section of the community. He stated that he has resided in Bowden Hill for more than five decades and would not change his address.

"Any time police come up these side is we call dem, and a we call dem because we long fi see dem. But nuh feel nuh way, eno, if dem [aggressors] draw we out we nah go stay silent. But everyone live in peace up this side. Fi show you say we nuh inna contention, yuh hardly even hear about COVID a Bowden Hill because everyone keep to dem self," he said.

Bowden Hill is home to the Falling Edge waterfalls attraction which is a haven for locals and tourists. Other than that, there aren't many avenues for entertainment but the residents said they have their own form of leisure.

"Even the young people dem full a manners. Nuh matter how dem face look tough, dem nah pass and nuh say 'howdie'. If yuh notice nuh dirty music nuh play and dem tings deh. The big people dem just go a dem farm and come back and in the evening the community will play likkle football, cricket or dominoes," said a man who identified himself as George.

"We have one a di best waterfall inna Jamaica. Even inna summer the place cool. The road nuh suh bad except for the part that go to di school. We have water and light and di woman dem thick and nice," he added between laughter.