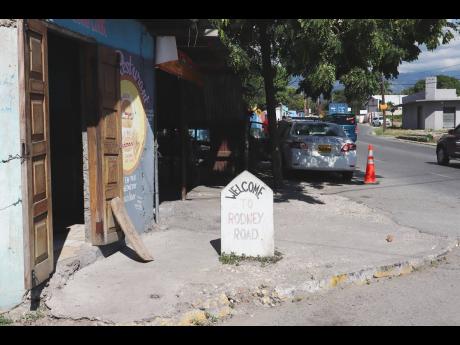 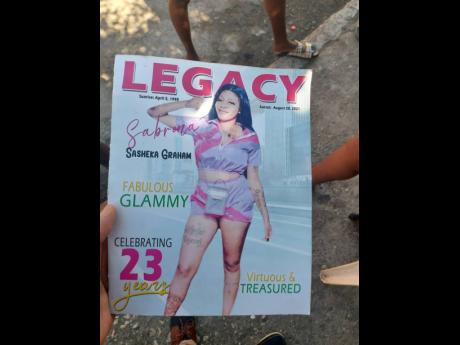 Months after losing her daughter Sasheka Graham to a gunman's bullets, Sophia sometimes pinches herself in disbelief while embracing the peace which currently reigns in the often-volatile community of Rodney Road in St Andrew.

The grieving mother told THE STAR during a visit to the area late last week that the crossfire between rival gangs in the Kingston West and St Andrew South police divisions had stopped since October when a fixed police post was erected along Maxfield Avenue, which dissects both divisions.

"Anyhow dem lift up, di war ago start again," Sophia said. "See right now? A di best a Rodney Road yah look pon. A after one [p.m.] inna di day now and yah see people. But yuh see if a like summer last year? Not even dog yuh would a see pon di road." Another person said that, for months, the residents were held.

"Gunshot used to put wi to bed and wake wi up back. Fi months people did fraid fi come out a dem yard. The boys dem in di area never even wah walk on the streets because dem say any man ago dead," the resident said. Residents claim that a positive relationship is now being built with the police.

According to a shop owner, the reopening of corner shops and restaurants shows how far the police have come in terms of restoring the peace.

"A three months now mi open back because mi did affi lock dung during the times when every day shot a fire. Although things no pick up back 100 [per cent], the fact say people a come out likkle by likkle show say di police and businesses are slowly reopening," the shop owner said.

However, Senior Superintendent Kirk Ricketts, commanding officer for the St Andrew South Police Division, said that despite the positive results thanks to a coordinated approach between the two police divisions, his men won't drop their guard.

"I had dialogue with the commanding officers and we both decided to jointly put more presence on the ground," he said. "We are seeing some good returns but we are cautiously optimistic because we know these combatants are assessing us every day. So we know that they are analysing ways to beat the system so that they can attack their enemies ... but we know that things can change based on how they are assessed and, if things change, we will change our modus operandi to meet the evolving challenges."