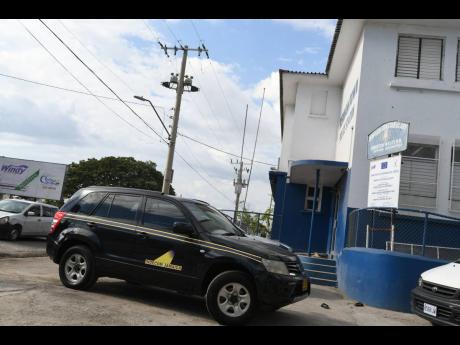 Independent Commission of Investigations personnel waiting at the Denham Town Police Station before heading to the crime scene. 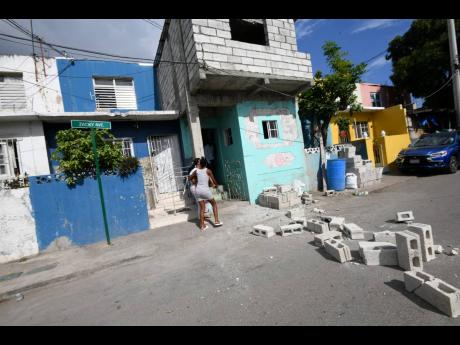 The house where Quacie Harriot called home in Tivoli Gardens. 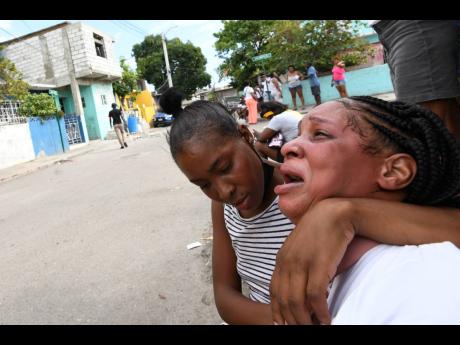 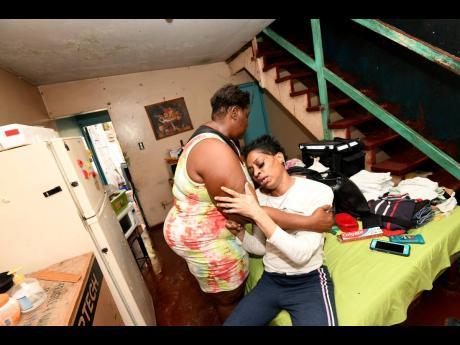 A Tivoli Gardens woman comforts Kesiha Bonttio (right) after her cousin, Quacie Harriot, was shot dead by cops at his Zacky Avenue home in Tivoli Gardens, western Kingston, on Monday.
1
2
3
4

Angry residents of Tivoli Gardens in west Kingston yesterday questioned why members of the Independent Commission of Investigations (INDECOM) took about three and a half hours to process the scene of a police fatal shooting in their community.

Quacie Harriot was reportedly shot by the police in his home on Zacky Avenue about 12:40 p.m. According to the police, Harriot was shot and killed after a confrontation with the lawmen. The lawmen said that a Ruger 9mm pistol with seven 9mm rounds of cartridges were seized.

However, residents challenged the police's version of events. They alleged that following the shooting, the police hastily removed Harriot's body before waving a firearm they claimed was recovered.

Residents alleged that the police tampered with the incident scene. They pointed to the strong scent of industrial bleach, and what they believe to be the bleach-soaked red-polished concrete floor of the house in which the shooting took place, as evidence that something untoward happened after Harriot was killed.

For hours, they waited on INDECOM investigators to arrive in the hope that they may find evidence to disprove the police's claim of a shoot-out. INDECOM is the state-funded body that was established in 2010 to undertake investigations concerning actions by members of the security forces and other agents of the State that result in death or injury to persons or the abuse of the rights of persons.

A team from INDECOM arrived on the scene approximately 4 p.m., long after onlookers made several trips inside the house where the shooting took place.

Meanwhile, contacted for comment on the matter, INDECOM's assistant commissioner, Hamish Campbell said that it was not normal for his team to take such a long time to attend to a scene.

"No, it is not normal and we monitor all the scenes. But most reports of police shootings are not told to us for at least two hours. When the police have conducted a shooting or engaged in a shooting incident, INDECOM are not informed. There was a shooting this morning in St Thomas, which occurred at 9 o'clock but we weren't informed until 11:30," he said.

"I don't know why the police aren't controlling the scene. That is their responsibility. They should be doing that anyway, irrespective of issues, allegedly."

Campbell said that the INDECOM investigators may have been at the police station at the time because "The police officers of concern would be there to be interviewed, to give their first accounts, to take their weapons."