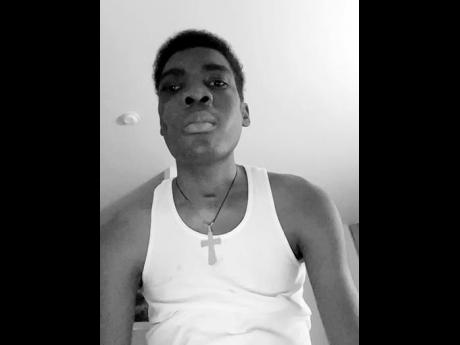 Recent photo of Bailey shows the difference in the swelling on his face. 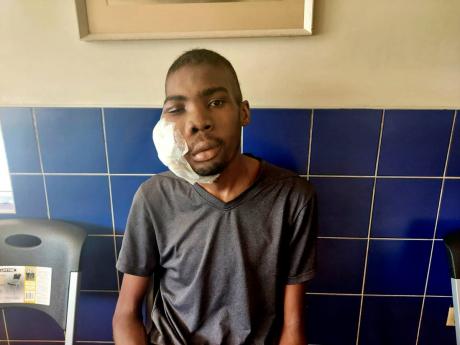 Bailey, when he visited THE STAR last year.
1
2

For the first time in more than a year, Jovayne Bailey can crack a smile with relative ease.

The 21-year-old was diagnosed with squamous cell cancer in December 2020 and has been suffering a great deal due to a massive swelling on his right cheek. Last September, the St Thomas resident and his mother, Venice Williams, turned up at THE STAR's North Street offices seeking help from the public. During the interview, Williams shared that her son needed radiation therapy before he could undergo surgery. She also said that having applied to the US Embassy here for a medical visa, Bailey, who went to St Thomas Technical High School, had only managed to secure a February 2023 appointment date. She feared that the wait would have been too long. However, two weeks later he was contacted by the embassy subsequent to the article's publication and was granted a medical visa.

Bailey soon left the island and has been undergoing treatment at the Perlmutter Cancer Center in Brooklyn, New York. THE STAR contacted Bailey for an update.

"There is so much to give thanks for but the ability to smile again without experiencing too much pain is what stands out for me. I haven't been able to do that for months now, so this is really a positive step," said an elated Bailey, who recently completed one month of radiation therapy. He says that he is now happy to see the reduction of a swelling on his right cheek. Bailey admitted that the process has not been smooth sailing but said he remains determined to overcome his debilitating medical condition.

"Since we last spoke in September I, started chemotherapy. But I was hospitalised for a few weeks because I was unable to eat. The doctors inserted a tube in my stomach so I can eat something and after I was released, I started chemo again while getting the tube feeds. I used the feeds until late November when I started eating by mouth again. It was just the nausea from the chemo that I was struggling with," he said.

"When I started radiation therapy everything almost fell apart again. My mouth got sore, my face was burnt from the therapy and I was unable to speak. However, that has ended. I am recovering well so I am just seeing where it goes now," he said.

Bailey's problems began in September 2020 when, after complaining about a toothache, he visited the Isaac Barrant Health Centre in St Thomas, hoping to extract it. He was later referred to the Kingston Public Hospital where he was diagnosed with cancer.