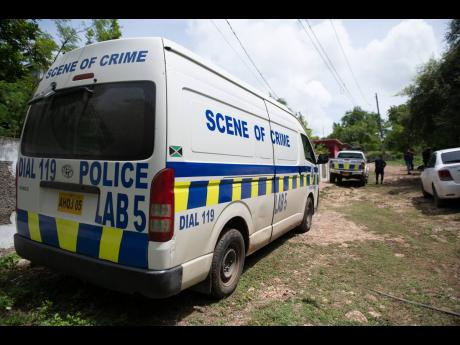 Two 19-year-old twin brothers and their 11-year-old sister were shot and killed at their home in Irwin Heights, St James, last night.

STAR sources say they have been identified as Jevaughn and Jevaughnie Stewart and Petagaye Cooke.

Reports by the Freeport police are that about 8 p.m., the siblings were at their home when armed men forced their way inside the premises and opened gunfire hitting them. They received multiple gunshot wounds and died on the spot. The police were summoned to the location and upon their arrival, the scene was processed and the bodies of the siblings removed to the morgue for post mortem. Two other family members escaped unhurt.

"Based on our investigation, the brothers were recently attacked at gunpoint by a group of men from the area and a report was made to the police," one senior cop told THE STAR. "The police carried out an investigation into the report which led to two of the men being arrested and those men are presently still in police custody."

The cop related that the police have strong reason to believe that the triple murder may have stemmed from this incident.

The triple murder came hours after the murder of 26-year-old Andre Fullerton, a labourer of Kirk Patrick Road in Orange. Reports are that shortly after 7 a.m., Fullerton was walking along the main road leading to the Dovecot Memorial Park when a group of men travelling in a motor car pulled up beside him. Two men alighted from the vehicle opened gunfire hitting Fullerton multiple times before they escaped in the car.