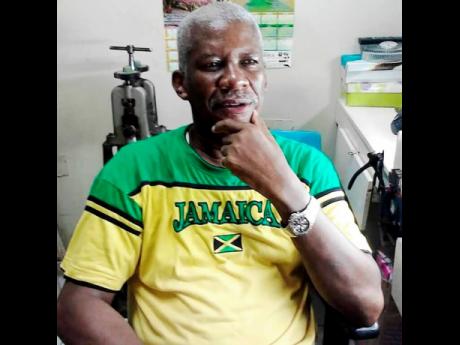 The St James police have launched a manhunt for two armed robbers who reportedly shot and killed a popular jeweller at his store in downtown Montego Bay, on Thursday, robbing him of assorted jewellery.

The deceased has been identified as 68-year-old Clive Lee, otherwise called 'Skellion', of Fairfield Private in Granville, St James. Reports by the Barnett Street police are that, about 9:30 a.m., Lee was at his store in the Heritage Mall when two men posing as customers entered. The men demanded that Lee hand over jewellery, but he refused. One of the men dipped inside a bag he was carrying, pulled out a handgun and shot Lee in the abdomen. The men then robbed the establishment of cash and jewellery. Lee was found lying in a pool of blood by other business operators. He was rushed to the Cornwall Regional Hospital where he succumbed to his injuries. Various stakeholders within Montego Bay expressed shock at the news.

"Skellion a mi fren fi years, from mi little, that deh man a fix jewellery fi people inna MoBay," one taxi operator who gave his name as Lennox told THE WEEKEND STAR. Another businessman said that Lee was very caring.

"Skellion a one a dem man who nuh put up with foolishness. Him nuh like people who don't work but him very kind and always ready to assist people," the businessman stated. "A years now him a fix jewellery fi people, especially watch. Them nuh mek no watch what him can't fix, and no jewel wah him cyah repair."

Since the start of the year, more than 110 persons have been murdered in St James.