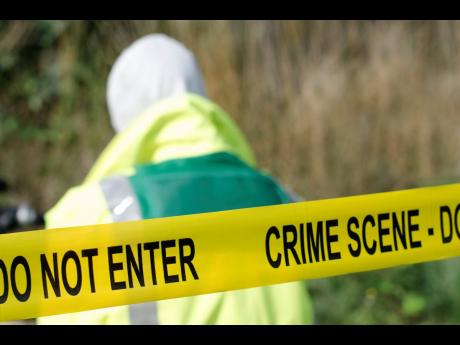 The Barrett Town police in St James have commenced a probe to determine if an unidentified male who was found lying along a section of the Long Bay main road in the parish on the weekend was involved in a hit-and-run or was killed elsewhere and dumped at the location.

The victim is said to be of dark complexion and was clad only in a light blue shorts. Reports are that about 12:15 a.m., Saturday, a team of Jamaica Defence Force personnel was travelling along a section of the Long Bay main road when they discovered the body of the unidentified male lying along the roadway and alerted the police. On the arrival of the lawmen, the body was seen lying face down in a pool of blood, with severe injuries to the back of the head and other wounds to the back. The police also reported that further investigations led to the discovery of another pool of blood, which was seen a few feet away from the body.

THE STAR understands that an investigation has been launched to determine how the blunt force trauma to the back of the victim's head was inflicted.

"This is a case where a blunt instrument may have been used to hit the victim to the back of the head, and after falling along the roadway, he was run over by passing motorists," one investigator told the news team.

The investigator also stated that based on evidence found at the scene, the incident will be treated as a case of hit-and-run until further investigations have been carried out.