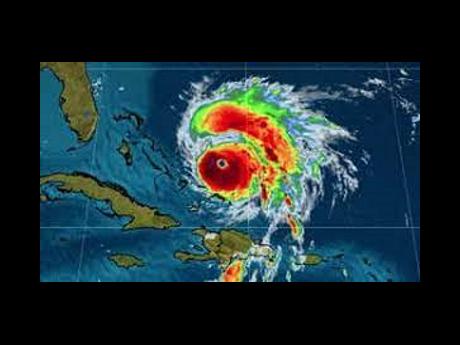 BRIDGETOWN, Barbados, Sept 21, CMC – A strengthening Hurricane Fiona is moving away from the Turks and Caicos Islands (TCI) on Wednesday and is expected to approach Bermuda late on Thursday after leaving a trail of death and destruction in the Dominican Republic, Puerto Rico and the TCI.

The Miami-based National Hurricane Centre (NHC) said that Fiona had strengthened to become a category four storm packing maximum sustained winds of 130 miles per hour and was about 720 miles south west of Bermuda. At least four people were reported killed in the Dominican Republic and Puerto Rico as the hurricane moved across the Lesser Antilles.

A tropical storm watch has gone into effect for Bermuda and the NHC said that the storm, which is located near latitude 23.9 North, longitude 71.8 West, is moving towards the north near eight mph.

“This general motion is expected to continue through this evening.  A turn towards the north-northeast with an increase in forward speed is expected by Thursday.  On the forecast track, the centre of Fiona will continue to move away from the Turks and Caicos today, and approach Bermuda late on Thursday,” the NHC added.

It said that while some strengthening is forecast through Wednesday night, there will be some fluctuations in intensity possible later tonight and on Thursday and that gusty winds are likely to continue over portions of the southeastern Bahamas and Turks and Caicos islands this morning.

Bermuda is expected to experience rainfall of up to four inches and the swells generated by Fiona are affecting the northern coast of Hispaniola, the Turks and Caicos Islands, and the southeastern and central Bahamas.

“These swells will continue to spread westward across the southwestern Atlantic toward the northwestern Bahamas and the east coast of the United States during the next day or two. Swells from Fiona are expected to reach Bermuda by early Thursday. The swells could cause life-threatening surf and rip current conditions,” the NHC added.

Meanwhile, a tropical wave is producing showers and thunder storms a few hundred miles east of the Windward Islands and could become a tropical depression within the next two or three days, the NHC said.

“Interests in the Windward Islands should closely monitor the movement of this system as heavy rainfall and gusty winds could affect therse islands beginning today,” the NHC added.