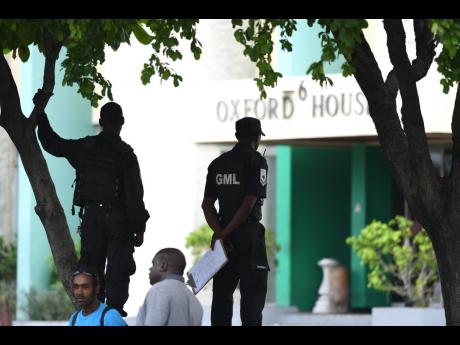 Security guards across the island have remixed Mariah Carey’s Christmas classic, All I Want For Christmas Is You – replacing the ‘You’ with ‘our money’ – as they push their claim for an adjustment in their employment status.

The Jamaica Association for Private Security, a new advocacy group for security guards, said its members will be taking industrial action every Monday for at least the month of December until the companies give them ‘good talk’.

“We need a timeline, and most of the security officers want our money in time for Christmas,” Teddylee Gray, president of the association, said. “We want a merry Christmas.”

In the ruling on September 22, the courts ruled that guards at Marksman Security Limited are employees, not independent contractors, and that the company should immediately begin paying over their three per cent National Housing Trust statutory contributions.

In the wake of the court ruling, the Jamaica Society for Industrial Security which lobbies on behalf of the security industry, the cost of security services would be increased by 50 per cent of the adjustments, including the payment of overtime wages to the guards, are made.

Private security companies are yet to adjust the employment status of security guards. Some security guards went on a sick-out on Monday to press their claim for an adjustment to their status. Gray said that the industrial action will continue until their concerns are addressed.