We are not afraid of relegation – MBU director 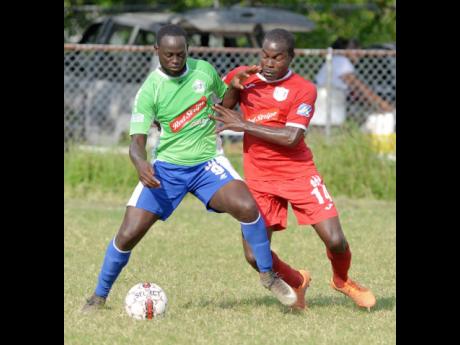 Lincoln Whyte, a director at Montego Bay United, insists the club is not looking to avoid relegation from the Red Stripe Premier League (RSPL) through the boardroom and has quashed rumours that they will be contesting three points from their 2-1 loss to Cavalier, who was alleged to have used an ineligible player.

Despite having a slim mathematical chance of survival, Whyte said they have accepted their fate of playing in the lower Confed league next season.

However, he does not believe relegation is all bad and he thinks it's a chance for the club to rebuild, refresh itself, and come back stronger

"We are comfortable win, lose or draw on Wednesday (tomorrow). We had loan out the team (club) to somebody who said they could do the job. That person was Dr Jermaine Fletcher but it didn't work out. Myself and Orville (Powell) were on the backburner, the only person there was Ms (Sandra) Christie. So we have no issue with going down, we will come back like Portmore did and win the title.

"We would have loved to stay but we are not desperate or embarassed. From last year to this year, Dr Fletcher said he could get sponsorship, sustain the team and give them jobs, which looked good on paper but he did not. So against Waterhouse (last game) win, lose or draw we will be thankful," he commented.

Whyte says the club has the resources and facility at their disposal to make a swift return to the top-flight, at the same time it gives the team a chance to rejuvenate and come back even stronger.

"In five years, we won two titles but sometimes you have to go down for senior players to move on. They are not getting contracts overseas and Dino (Williams) and others are going 30. So going down is not a bad thing. Fletcher had it and he thought it was a fairy tale. But you have to put your pocket there and that wasn't happening. So when Powell came back, we were trying desperately to stay up even though it was a bit late. But after the loss to Arnett, we asked what was the fight for, why fight to stay when we can go down, rebuild and come back up," he reasoned.

Whyte said they will not be forcing any young player to stay if they go down, but they will prefer loaning them out as they will want to reacquire their services on their return to the RSPL

"We are not holding back anybody. If that (relegation) should happen, we will loan our young footballers. Any youngster who wants to play for another club, we will not hold them back. Those that are old enough, we will just transfer them. So MoBay's management is not perturbed about relegation. MoBay has the resources and facilities and we are going down because Powell was not involved. But with Reno now out, we probably can have a stronger representation," he said.

Whyte admitted that he has heard the rumour they would be seeking three points from the boardroom but says there is no truth to it.

"We are not going to fight anybody. I heard about it and I spoke about it with Orville, who said he is not aware of that. We have no case with Cavalier and there is no enthusiasm on our part to fight anybody through the back door. We are going down to Confed, but we will prove ourselves and come back up in short order," he said.