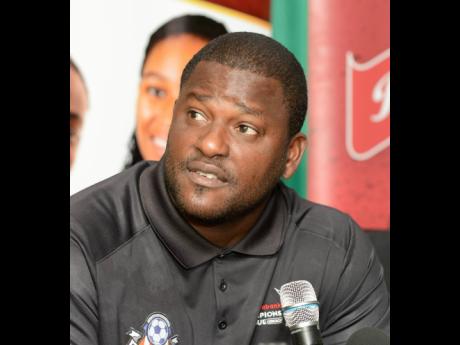 The teams are evenly balanced in terms of results between them this campaign, with both winning one match each in their three meetings, with the other game ending in a draw.

However, Portmore United's head coach Shavar Thomas says it will be a different thing when two of the giants of the season clash in their RSPL semi-final next Monday, adding that he is confident in his team's ability to manoeuvre this stage of the season.

"So far the results have shown that we have been split this season, one win apiece and a draw. But come semi-finals, it will be a totally different kettle of fish," said the former national defender.

"We have judged our progress throughout the season after looking at it one game at a time in terms of looking at our form throughout and the thing we did good and things we didn't do so well and try to fix it as we go along. So the progress has been good and steady and now we are here at the business part of the season, and I am pretty sure our players are ready to do the business," Thomas continued.

"We are confident in our team and our preparation. Our consistency throughout the season has given us that confidence as a staff and it will be no less coming into this game next Monday, so we are looking forward to playing the first half (leg) of the game then we can focus on the next leg," he added

Thomas commended the newcomers for making it thus far in their first season, but insists they will not be focussing on the St Ann team.

"They have done well for themselves getting to this point of the season, especially for a new franchise. They have a good backing and a good staff behind the team led by coach Donovan Duckie, so they have done their job to get to this point. But we are just focussing on us and the coming game and trying to advance to the final," he said.

He noted that they will not come into the game match rusty as they were involved St Catherine Football Association/Happy Sutherland Knockout competition.

"It was very important, as it's an opportunity to get to a next final as you know we are the defending champions. So it's very important that we put together a good game to get to the final, so we used it (St Catherine KO) as a dress rehearsal to what we would want to see and how we would want our team to function in the coming semi-final," Thomas said.