I have been practising that shot – Morris 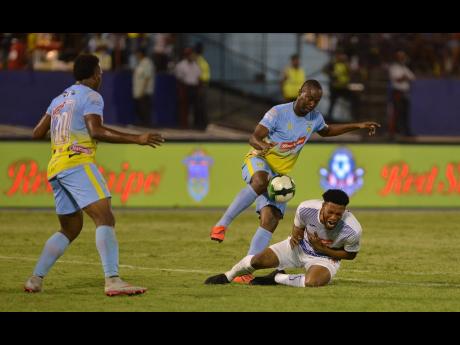 Portmore’s Roshane Sharpe grimaces in pain as he was struck from behind by Nicholy Finlayson as Shawn Lawes looks on during the Red Stripe Premier League final at the National Stadium on Monday. 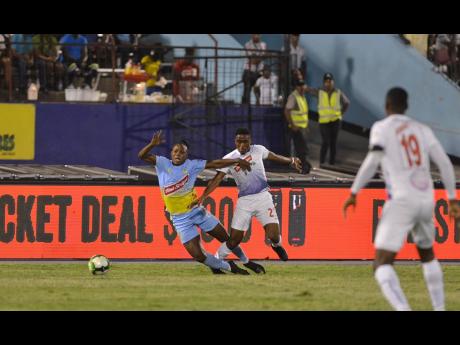 Mark Miller of Waterhouse is tackled from behind by Emilio Rousseau. 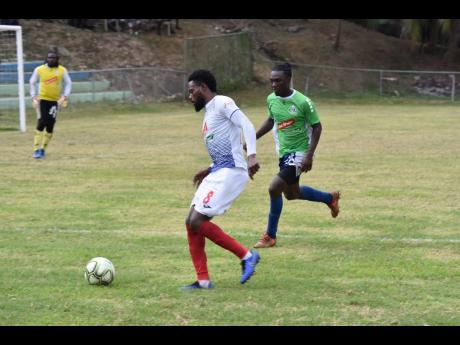 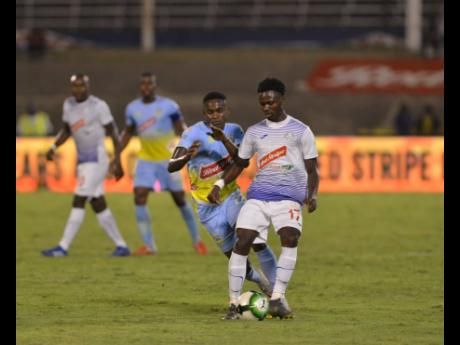 Portmore’s Andre Lewis shields Andre Leslie from the ball during second half of the Red Stripe Premier League on Monday night.
1
2
3
4

They say practice makes perfect and all week leading up to the final of the Red Stripe Premier League (RSPL), Portmore United's midfield dynamo Ricardo Morris had been fine-tuning his long-range kicking skills for the big event, which took place at the National Stadium on Monday.

Morris produced a moment of brilliance 57 minutes into the final to net the only goal of the game. But, despite his reputation for scoring spectacular goals from outside the area, the former national Under-20 star thought the work he put into refining his kicking skills before the game was well worth it.

The 27-year-old attacking midfielder overcame a string of injuries during the course of the season to be fit just in time for the play-offs, and was over the moon to have scored the winning goal to hand his team back-to-back titles.

Although he signalled his intention from early with a thunderous strike from about 30 yards in the first half that just went over, he then had another impressive shot from an angle about 25 yards out but again his effort just missed.

But he was not to be denied 12 minutes after the break as he latched on to a pass in midfield and swept a curling shot out of the reach of Diego Haughton in goal to put Portmore ahead.

He was also very proud to score the goal that put Portmore in the elite company of local Premier League back-to-back winners, a feat last achieved by Arnett Gardens in 2001/2002 seasons.

"It's a great feeling (winning the league consecutively) that's what we have aimed for all season and that was the aim we talked about, winning back-to-back titles and now we are in the history book. Now we are looking forward to the club championship and we have Waterhouse to play again and that's going to be tough but we feel proud about our back-to-back championship," he concluded.