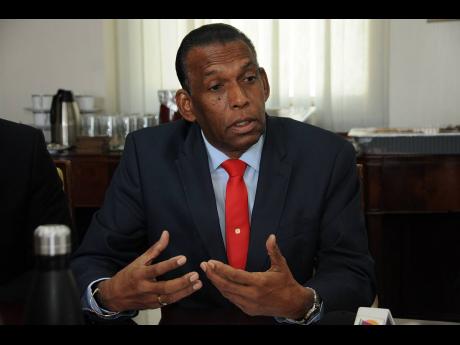 And he believes, it is time the local governing body, the JCA, forge an alliance with the SDC to make this competition the official national T20 competition.

"When you look at the SDC competition the first thing I would look at in measuring the impact of the competition is the reach. There are 229 teams and 327 communities involve, so when you think about that it is phenomenal in terms of its islandwide coverage. The competition is also in stages, so the higher you go there will be fewer teams but stronger teams and that tells me there is a development aspect to the programme," he noted.

"It is an important part of the cricket calendar and right now it is the only islandwide T20 competition, so we need to form a parntnership with the SDC to make this the T20 competition in Jamaica. The view is that it doesn't make sense to splinter the organisations and the competitions. It is time we come together under the auspices of the JCA so we can better organise our competitions without repetition. If we can form that partnership and create that alliance it will be better for the development of cricket in Jamaica," he said.

Heaven says young upcoming cricketers also get a chance to play with established Jamaica and West Indian players, while adding that the tournament has a lot of potential and it's time they start looking into its possibilities.

"It has the potential to get there and I hope we can get it to that level with dialogue and partnership. In the beginning and is still the case today, there is a large element of recreation and entertainment in the competition but it is now speaking, to some extent, to a development aspect. But what is significant is that we are not placing any restrictions on our players, so they will have more quality players available to play this competition."

The Wray & Nephew/SDC National Community T20 cricket competition got under way on the weekend and is scheduled to come to a close with the final on Sunday, August 25 at the Noranda Port Rhoades Sports Club in St Ann.